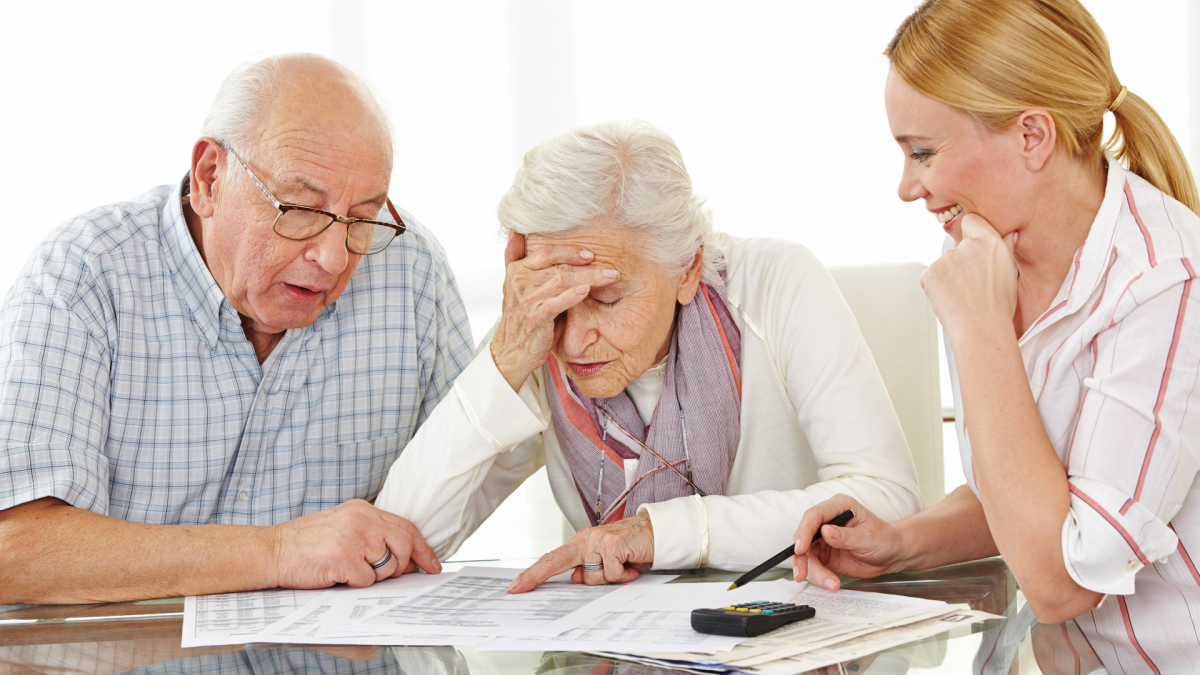 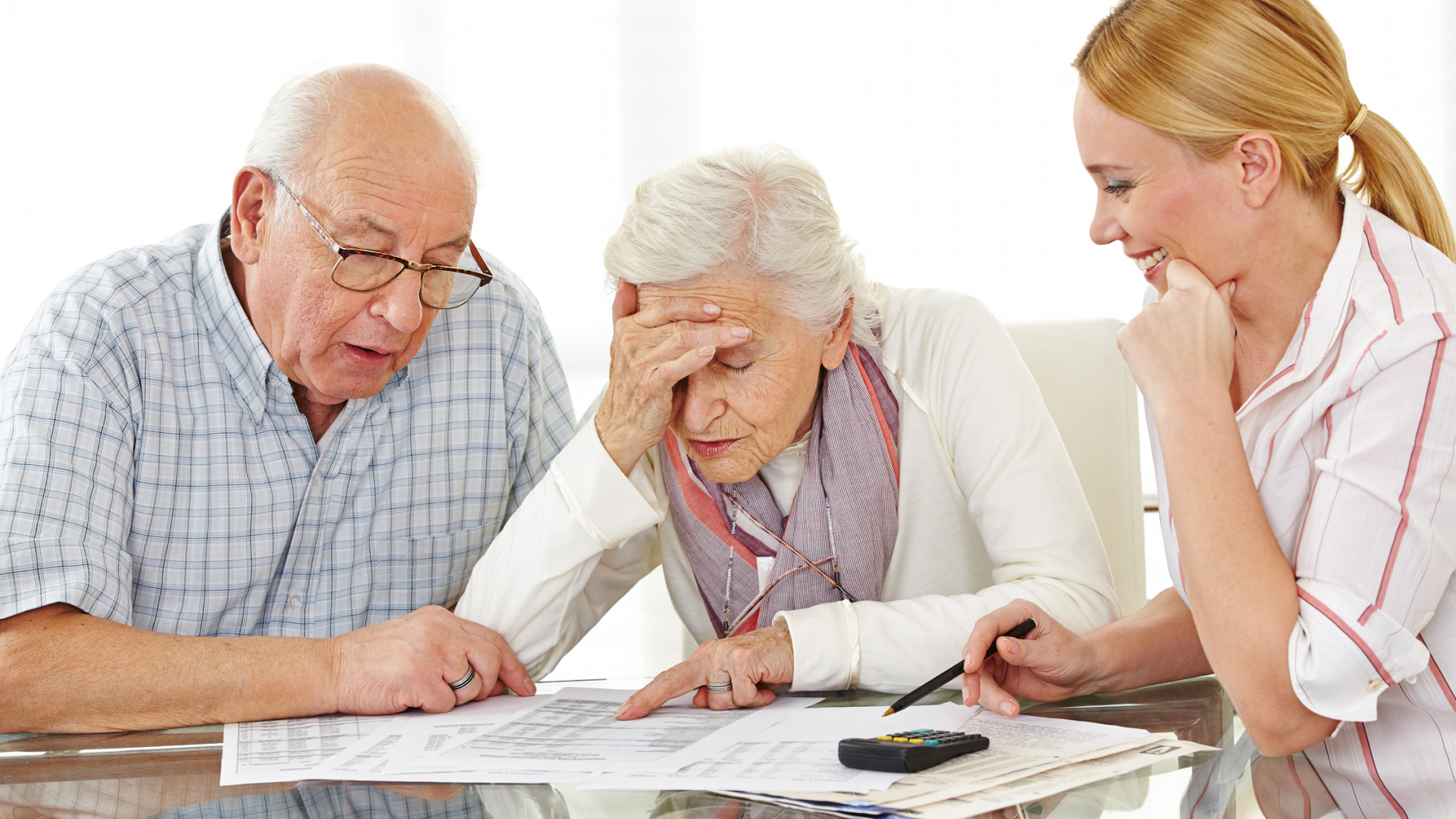 Jeannette Franks, PhD, is a passionate gerontologist who teaches at University of Washington and Bastyr University; she is the author of a book on assisted living and numerous articles.

We all experience anxiety from time to time, some of which is normal and even productive. However, when anxiety becomes disruptive and disabling to a person’s life, it’s considered to be an unhealthy psychiatric disorder.

As many as one quarter of all people experience anxiety to an unhealthy extent, and older people can be at particular risk. Seniors may experience more troublesome anxiety than other age groups for several reasons: they experience more losses, suffer from more pain and chronic conditions, are often on multiple medications that might exacerbate anxiety, and have confounding ailments such as Alzheimer’s disease or depression.

Some experts suggest that in general anxiety is equally prevalent in all adult age groups but perhaps is less often reported by seniors, and not as accurately diagnosed and treated as in younger people. A large study published in theAmerican Journal of Psychiatry(1998, A. Beekman) found that 10 percent of adults 55 to 85 years of age had elderly anxiety disorders-the same prevalence as for other age groups.

Sally had mid-stage Alzheimer’s disease and was living alone in her own home, near her daughter June, who looked in on her frequently and helped manage the groceries, cooking, transportation, and such. Neither wanted to live with the other, and since Sally still had much intact long-term memory, she was able to manage quite well in her beloved home that she still knew so well.

The mother started complaining that the house next door had been invaded by aliens. Odd lights and noises disturbed her sleep and filled her with a feeling of dread. The daughter, familiar with the neighborhood, asked around, and sure enough, the family across the street had thought there was something odd going on. June contacted the police, who had also had some reports about the house. The police watched it more closely and eventually raided the house and closed down a methamphetamine lab.

Sally had been right! Indeed bad things were happening next door and once the house was closed down, her anxiety abated. So if your loved one seems unduly anxious, don’t be too quick to discount their fears as “all in their head.” Perhaps there is a real reason behind their anxiety.

The latter two are perhaps less common in older people, because they can and often are successfully treated in youth or middle age. Few long-term studies track elderly anxiety disorders, so there is little information on how these problems vary with age.

It is important to recognize that anxiety disorders are not because of some moral weakness or lack of character, but a genuine biochemical disturbance. There also appears to be a genetic predisposition. A recent study of identical twins found that if one twin had a generalized anxiety disorder, there was a 50 percent chance that the other twin would as well.

Rebecca’s mother screamed frantically when the aides in the nursing home tried to give her a shower. Regardless of how kind, gentle, or persuasive the caregiver was, she began yelling and sobbing hysterically when brought to the bright, white, shower room, where the aide attempted to remove her clothes.

The social worker spent an hour talking to the woman and determined that she had been raped in the high school gym shower room as a teenager. The staff changed the bathing routine to a quiet, homey room with a bath tub and soft lights and music. Bathing was no longer a battle.

Acute stress disorder develops within the first month after exposure to an extreme trauma. Symptoms include: repeatedly experiencing the trauma in images, thoughts, dreams, or flashbacks; extreme distress when exposed to cues that remind the person of the trauma; avoidance of reminders of the trauma; a numbing of emotions; and symptoms of agitation, arousal, insomnia, anger, irritability, and inability to concentrate.

When these symptoms persist for longer than a month, the anxiety is diagnosed as PTSD.

Often the elderly did not receive therapy for traumatic events such as rape, abuse, torture, or war. Until a trigger such as the shower situation or dementia-which can disinhibit protective behaviors-these older people have never expressed their emotional pain and horror.

The woman in the dementia care unit screaming may be a Holocaust survivor. The man who panics at the sight of the Asian face of his well-meaning caregiver may have been a prisoner of war. They may be re-experiencing horrifying events in their mind’s eye over and over again. Reasoning with people who have these issues is not effective. Nor is simply demanding that someone toughen up and “get over it.”

Margaret, a 74-year old widow, volunteered twice a week at a senior center a half-hour drive from her house, which she found very satisfying. It kept her in touch with friends, gave her a chance to contribute and feel productive, and she enjoyed the hot lunch in a social atmosphere.

One day, while crossing the bridge over a large river between her home and the senior center, she experienced a horrendous feeling of dread. Her heart pounded and her hands began to shake. She thought perhaps she was having a heart attack.

As soon as she got over the bridge she pulled over, sweating and weak. After a few moments, the feeling passed.

She drove herself to an urgent care clinic and the doctor there could find nothing wrong. She met with her primary care physician a few days later-he assured her that she was fine. The next week, driving over the high bridge, she didn’t experience another attack, but felt nervous and worried that it would happen again.

Margaret drove home, comforted by the diagnosis and the knowledge that not only might it never occur again, but if it did it would quickly pass. She never had another panic attack.

It is normal to feel panic at a terrifying event such as an earthquake or car crash. But people with a panic disorder may experience horrific terror with no discernable trigger or cause. For some minutes they experience intense and overpowering feelings of fear that leave the sufferers helpless. Physical symptoms may include fainting, dizziness, heart palpitations, sweating, and or difficulty breathing.

A panic attack can come once in a person’s lifetime or frequently. Attacks can begin at any age and are twice as common in women. There is a genetic pre-disposition. If one identical twin has this disorder, there is a more than 80 percent chance that the other will.

Here’s how to help someone who is having a panic attack:

GAD is common-as many as 5 percent of the population experiences this disorder during their lifetime. There appears to be a genetic component. If one identical twin is diagnosed with GAD, the chances are 50 percent that the other twin will too. However, in non-identical twins, the chance is only 15 percent.

People with GAD tend to be pessimists who expect the worse, and often interpret everyday mishaps as major disasters. Rather than seeing the glass as half full; it must be half empty. Simple setbacks such as a dented fender are exaggerated out of proportion and cause the person far more pain than such minor events would normally merit.

GAD is often a chronic condition, with negative events exacerbating the disease. Perhaps half the people with GAD are clinically depressed and there is a tendency to attempt to self-medicate with overuse of alcohol, over-the-counter and illegal drugs, and prescription medications. Most people with GAD know they shouldn’t worry so much, but are powerless to change their thinking.

Symptoms include tight muscles, back pain, or headaches for which a physician can find no biological cause. People with GAD often feel restless, on edge, and are easily startled. Chronic anxiety can cause the body to feel tired, exhausted, or fatigued, all of which are made worse by the insomnia associated with GAD.

Many of us feel uneasy meeting strangers or speaking in public. But people with social anxiety disorder are so terrified of social situations that they withdraw and refuse many social occasions. This problem may be exacerbated in older people because of hearing impairment, issues with incontinence, or embarrassment over using a walker or wheelchair.

Social anxiety occurs in perhaps 10 to 20 percent of the population and is the third most common psychiatric disorder, after substance abuse and depression. It can cause an increased spiral of isolation and inability to interact socially.

All of these elderly anxiety disorders usually respond well to a combination of talk therapy and medication. While prescription drugs should be used with caution in the elderly, and often at lower doses, there are now some particularly effective medications that a physician can prescribe such as Paxil®, Prozac®, and Zoloft®. Numerous studies have indicated that for a medication to be most effective, the patient should also be meeting on a regular basis with a skilled counselor, therapist, or social worker. Other treatments effective for some people include meditation, biofeedback, massage, and acupuncture.