Board & Care Homes for Seniors 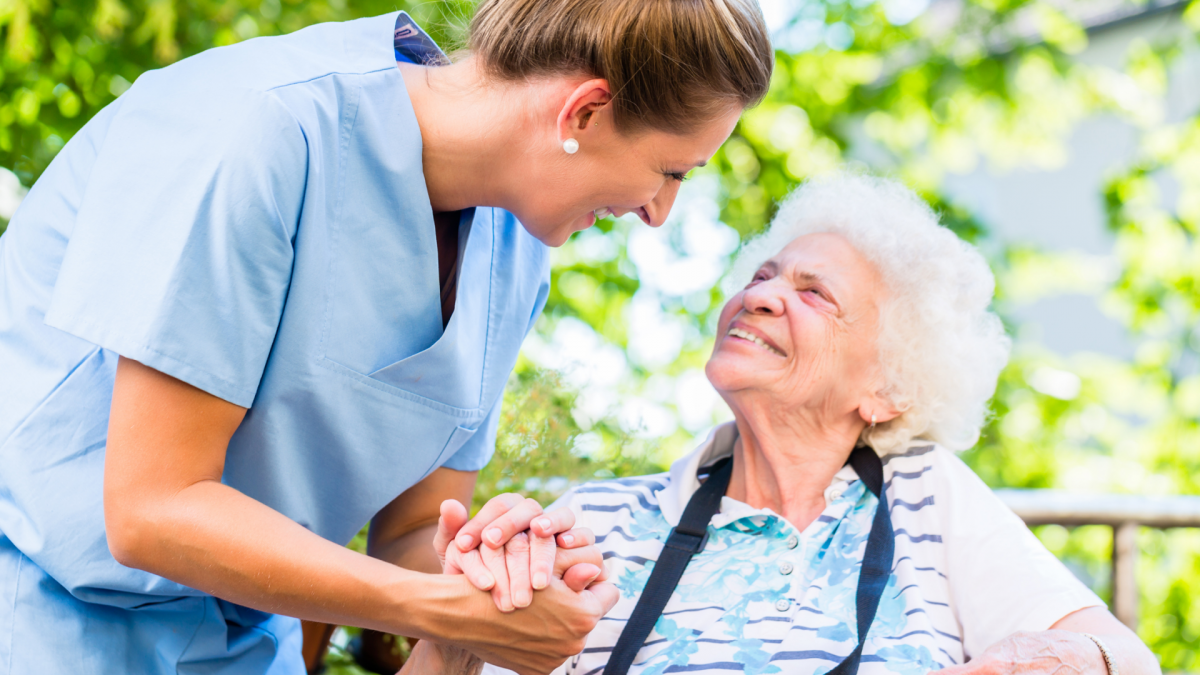 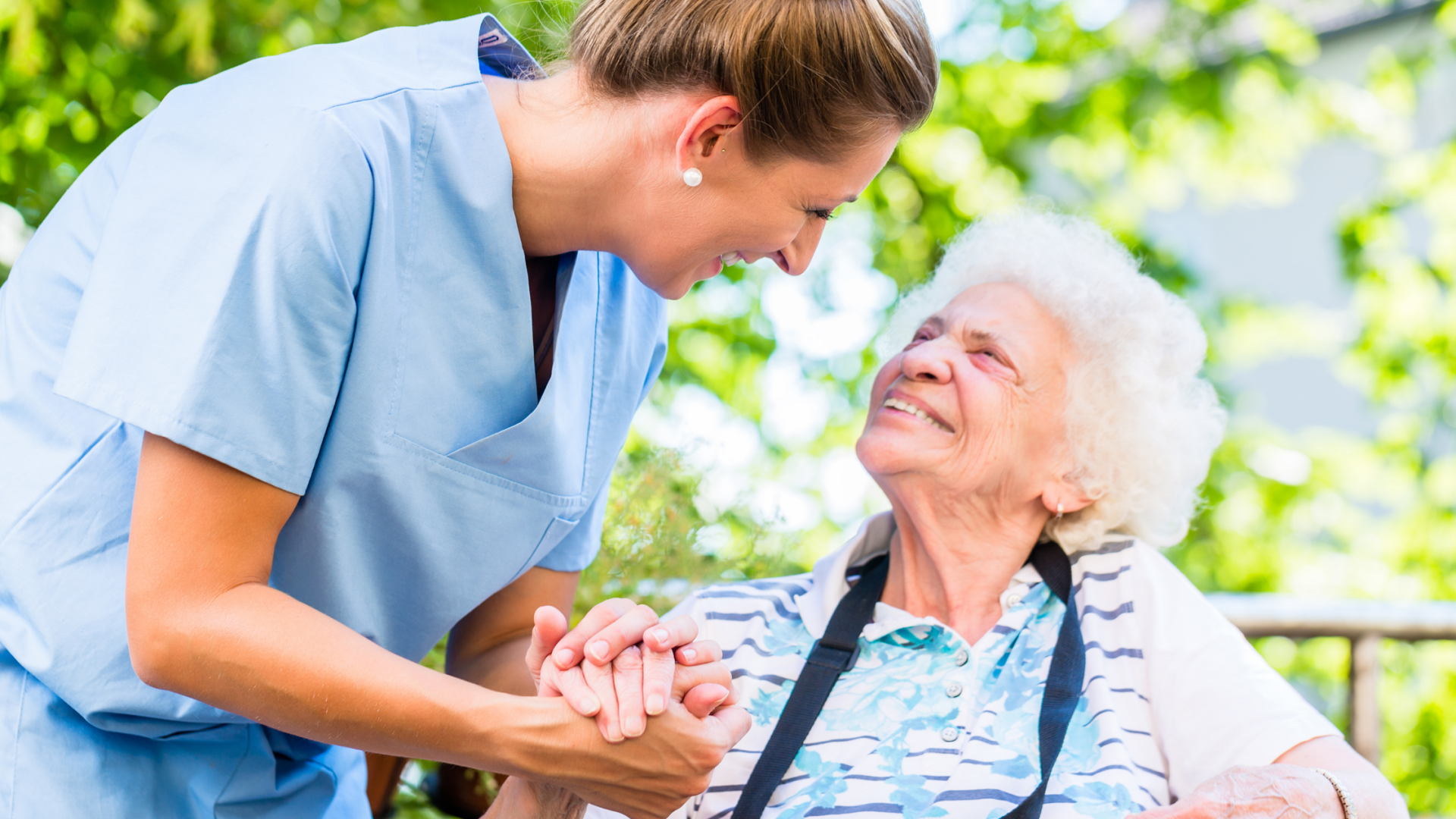 When detected early, breast cancer is treated successfully 98% of the time. Researchers continue to make impressive gains in the detection, diagnosis, and treatment of breast cancer. For example, according to the Mayo Clinic, the radical mastectomy, once a standard procedure for women with breast cancer, is now rarely performed.

However, breast cancer in seniors remains a very potent disease that will only be eradicated if women follow the recommended schedule and undergo annual mammograms. Recent statistics suggest that women are skipping annual mammograms, the key procedure to screening.

The National Cancer Institute estimates that 226,870 women will be diagnosed with and 39,510 women will die of cancer of the breast in 2012. The number of new cases has increased every year for the past thirty years, though death from breast cancer has decreased slightly. Breast cancer remains the second leading cause of cancerous death after lung cancer. It is also the second most common cancer among women after non-melanoma skin cancer.

Like all cancers, breast cancer begins with abnormal cell growth. These “bad” cells develop too quickly and spread, or metastasize, throughout the breast, often entering lymph nodes located under the arm or even moving into other parts of the body.

There are several signs of potential breast cancer, including a bloody discharge from or retraction of the nipple; a change in the size or contour of the breast; and a flattening, redness, or pitting of skin over the breast. A lump in the breast remains the most common sign.

If a woman detects a lump, she should see her doctor; however, the Mayo Clinic recommends waiting through one menstrual cycle, as breast shape changes throughout the cycle.

The Importance of Screening

“I cannot stress enough the importance of early detection and screening,” states Dr. Constance Lehman, professor of radiology at the University of Washington School of Medicine and director of breast imaging at the Seattle Cancer Care Alliance.

“Cancer is affecting more and more women, yet they are screening less,” she says. “It could be due to the costs of an annual mammogram for women with low or no health insurance or because, with new technology like targeted MRIs, women feel that mammography is no longer effective.”

Lehman says clinicians may also be partially responsible. Some, including all major cancer research centers, recommend annual screenings but others suggest a biannual exam. Lehman, co-winner of the Second Annual Ladies’ Home Journal”Health Breakthrough Award,” remains unequivocal: “There is no ambiguity-women past the age of 40 should be screened every year.”

Excessive exposure to estrogen, the hormone that promotes the appearance of female secondary sex characteristics, appears to be the leading factor in developing breast cancer. Exposure to a combination of estrogen and progesterone for over a four-year period also increases the risk of breast cancer. This is especially significant due to trends in estrogen therapies to stave off premenopausal syndrome and other maladies. The more recent reduction of hormone replacement therapy has perhaps led to the recent slight decline in breast cancer cases for women over 50. Lehman believes women over 50 should consult their physicians about the apparent risks of hormone replacement therapies, especially if they have a family history of cancer.

Secondary factors, including smoking, obesity, alcohol, family history, diet, and stress, are also significant. As with reducing the risk of all cancers, a healthy lifestyle, including a good diet, frequent exercise, and moderate stress, is recommended.

Genetics may also play a role in breast cancer. Even though less than 10 percent of the breast cancer cases are inherited, women with a family history of the disease have a much greater risk of breast (and ovarian) cancer.

“The average age of diagnosis is 62,” says Dr. Julie Gralow, associate professor of medical oncology at the University of Washington School of Medicine and medical oncologist at the Seattle Cancer Care Alliance. “So the majority of women getting breast cancer are over the age of 50.”

Gralow is especially concerned about the lack of women over 70 years of age in clinical trials.

“There are several situations unique to our older patients. We find it difficult to determine the toxicity levels of chemotherapy,” she explains, “because we simply don’t have enough information. This is significant because older women tend to have more tumors and thus be more sensitive to estrogen receptor positivity; or they might avoid chemotherapy altogether.”

Lack of information is just one of several issues surrounding breast cancer in seniors. An obligation as routine as visiting the doctor can prove challenging if the patient cannot drive or does not have anyone to take her to the appointment. This is quite significant with cancer treatment, as the patient must make six-to-eight weeks of daily trips to the hospital for radiation therapies.

“Nausea and other side effects are often much more severe with older patients,” explains Gralow. “And insurance of oral medicine can be spotty, especially if the patient depends upon Medicare.”

“I need to know what the patient wants shared because we need to respect patient privacy while keeping the family informed. So, as with all medicine, we try to bring the patient and her family together for a meeting at the start of the treatment.”

Once cancer has been detected, the patient’s team of doctors will determine its stage and publish a comprehensive report. This highly detailed report should include everything from locations and descriptions of each tissue sample to the patient’s clinical history with the disease so far, according to the nonprofit website breastcancer.org.

The four traditional treatments include:

Surgery was considered the primary treatment for breast cancer for over 100 years. Only recently has this approach changed, as new first response therapies have evolved and doctors have begun to implement targeted treatment strategies in many cases. Surgery still remains an important option, however.

Lumpectomy is the least invasive surgical procedure, as only the tumor is removed. Lumpectomies are recommended when there is no sign of the cancer spreading to other sections of the breast or body. It is commonly followed by five-to-seven weeks of radiation therapy as a precaution.

Radiation therapy, the use of intense light rays to kill cancer cells, has a 50-70% chance of reducing recurrence, according to the National Cancer Institute. Though less uncomfortable than most patients realize, radiation kills cancer and healthy cells in its path.

“We are beginning to reduce the length and intensity of radiation treatments, because of the development and continued improvement of targeted therapies,” Gralow explains. “In general, we are trending toward less toxic, less invasive therapies.”

Chemotherapy is a systematic, or whole body, treatment designed to kill cancer cells that have spread to anywhere in the body. Chemotherapy attacks rapidly dividing cells, both cancer and healthy cells, though recent developments have worked to reduce the infamous side effects. It is important to note that every chemotherapy treatment regimen is unique and depend upon many factors including patient and family medical history, current health and numerous other factors.

Hormone therapy, the use of certain hormones that attack cancer cells, is a systematic treatment designed to rid the entire body of cancer. Doctors use drugs to inhibit estrogen or progesterone from developing breast cancer cell growth or, in some cases, turn off production of ovarian hormones.

Hormone therapy is commonly used when the patient is hormone-receptor positive. It can be used to lower risk of the cancer’s occurrence for women at high risk, to lower the risk of recurrence, to shrink a large tumor, or to treat advanced disease.

There is also a newly developed regimen called immune targeted therapy, which mimics natural antibodies that attack specific characteristics of the cancer cell. Targeted therapies are added to chemotherapy, though researchers are also developing techniques to reduce the intensity of chemotherapy and even potentially eliminating it from the treatment regimen.

Gralow and Lehman both believe ongoing developments in hormone and other new therapies will greatly change the treatment of breast cancer in the future. The National Cancer Institute describes several. For example, the removal of the sentinel lymph nodes, the first node where the tumor is likely to spread, would prove a less invasive technique to stem the spread of the cancer.

A combination of high dose chemotherapy and replacement of the destroyed cells with a stem cell transplant is also in development, though the technique is as yet unproven. Use of certain kinase inhibitors that block the signals that tumors require to grow are also under study.

“There are some exciting changes in how we approach treatment,” Lehman says, “So if you are diagnosed with breast cancer you should go to a medical center with an expert reputation.”

“And always get a second opinion for your treatment regimen,” she adds.

“We are personalizing breast cancer,” says Gralow. She points to genetic research that targets specific cancer genes as well as genomic profiling to assess cancer relapse risk, which can help to reduce the use of chemotherapy in patients.

Gralow includes several other examples of research breakthroughs, including the use of MRI screening to detect preinvasive cancers and the reduction by half from six to three weeks of the radiation sequence, as patients receive a higher dose for a shorter period. This would greatly help with older patients, for whom attending six-to-eight weeks of daily treatment often proves a challenge.

“The lack of volunteers in study groups remains a significant obstacle in the development of therapy success rates for older patients,” states Gralow. “I would encourage older women to enroll in these trials, as they often receive new therapies and important information otherwise unavailable.”