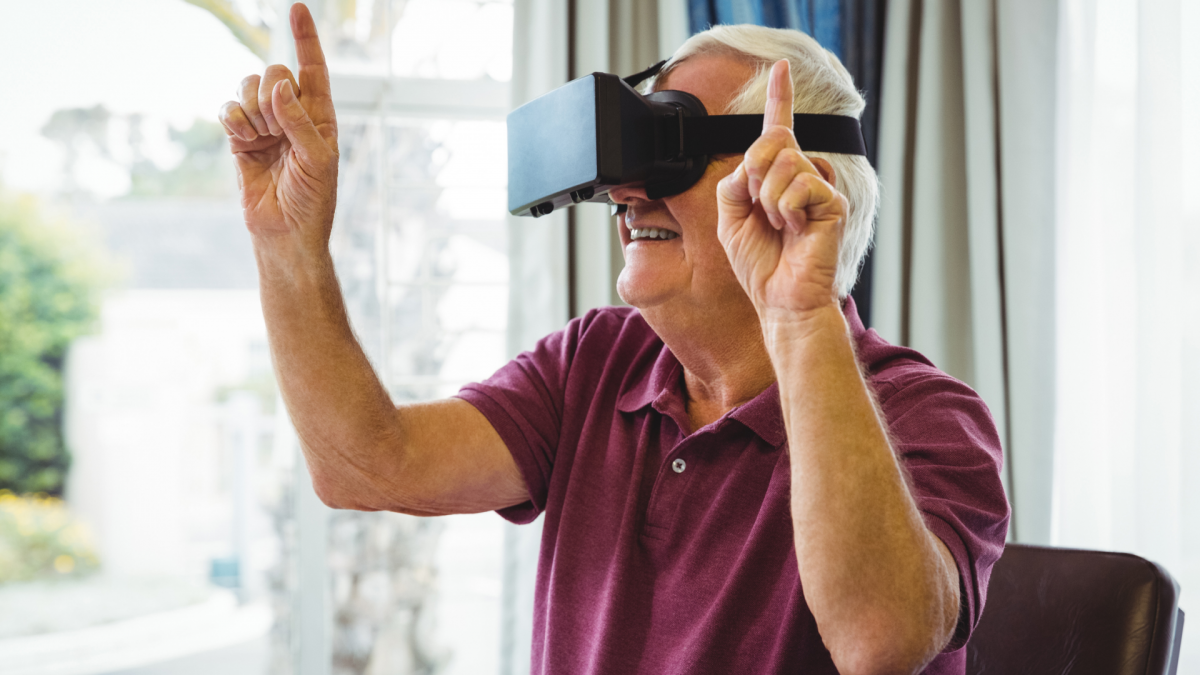 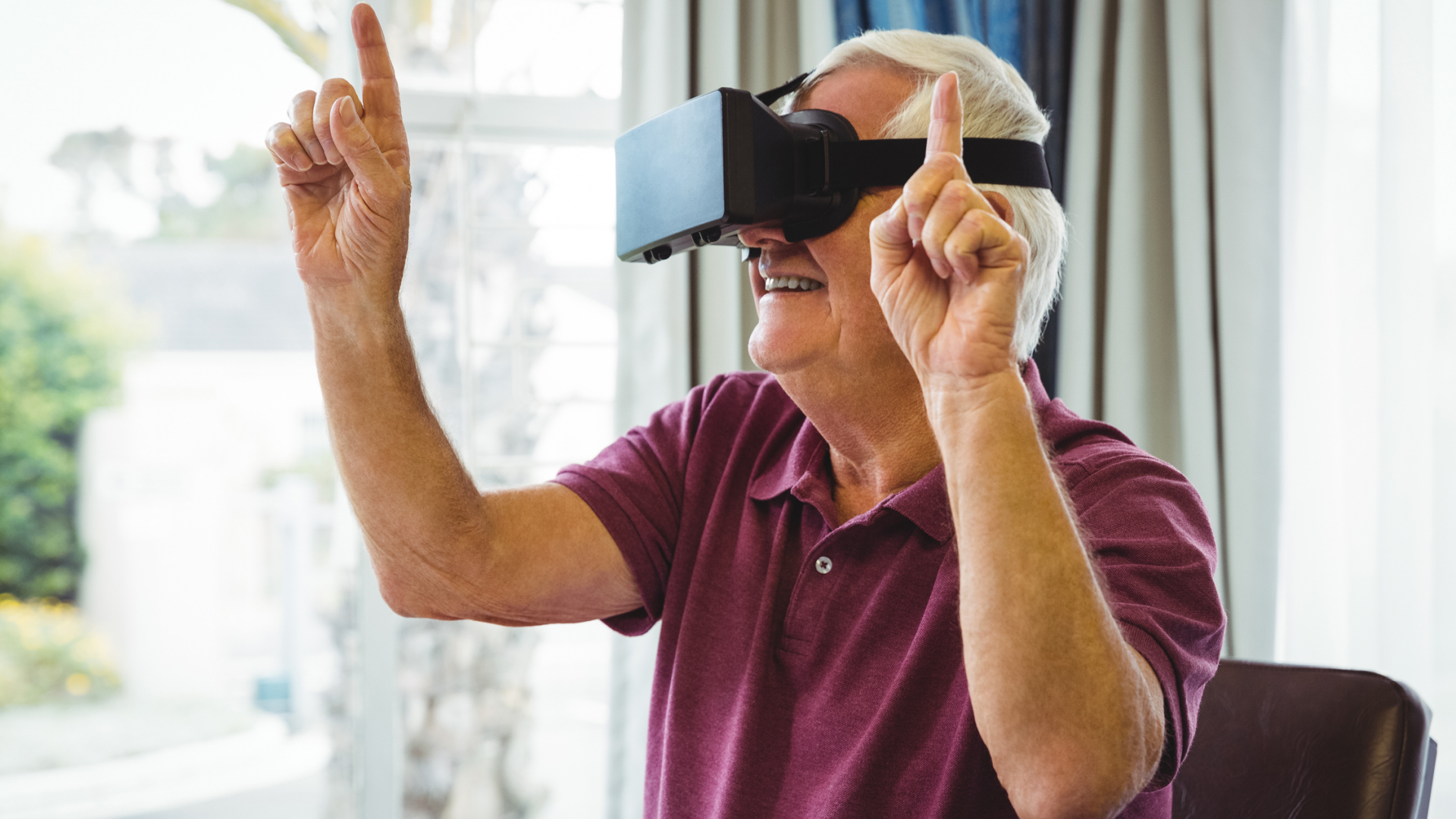 The man had not spoken in three or four years. An older man in the late stages of Alzheimer’s, he could no longer care for himself and required a high level of assistance in his daily activities of living.

But on one particular day, Concetta Tomaino, DA, a certified music therapist, offered a different kind of dementia therapy-she sang an old Yiddish song to him and some of her other patients. “You could tell by his face that he was watching,” recalls Tomaino. From a man in his condition, attention was a lot to ask for. “Whenever I got a chance I played this song to him and sang to him. Within a month of doing this, he was making an attempt to speak, and he eventually started singing the song himself. He also started talking again. He continued talking and lived for many years after that.”

Just how the brain and body process music remains mysterious. Tomaino, director of the Institute for Music and Neurologic Function at Beth Abraham Family of Health Services in New York, says we at least know music is processed on many levels at once.

“Why it’s so positive is that we process music with almost every part of our brain,” she says. “Music that has personal significance to someone or is connected with historical events is a strong stimulus to engage responses in people, even in late stages of dementia. Even if they’re not necessarily able to tell you what the song is, they are able to be moved and feel the associations.”

Tomaino and other researchers have found a strong connection between the human brain’s auditory cortex and its limbic system, where emotions are processed. “This biological link makes it possible for sound to be processed almost immediately by the areas of the brain that are associated with long-term memory and the emotions,” she says.

The Institute for Music and Neurologic Function was founded on Tomaino’s observations, together with those of noted neurologist and colleague Dr. Oliver Sacks and others, that many people with neurological damage learned to move better, remember more, and even regain speech through listening to and playing music. In numerous clinical studies of older adults with Alzheimer’s and other forms of dementia, familiar and likable music, not medication, has reduced depression; lessened agitation increased sociability, movement, and cognitive ability; and decreased problem behaviors.

In a small 1986 study, only music elicited a physical response from those with final-stage Alzheimer’s as measured in heart rate, breathing, eye blinking, and mouth movement. A later study that used music in palliative care found the combination of language, which is processed by one part of the brain, and music, processed by many parts of the brain, increases the chance of activating neurological pathways that language alone cannot.

“There are certain areas of the brain that are still relatively intact even as a progressive disease like Alzheimer’s takes effect,” says Suzanne Hanser, PhD, department chair of music therapy at Berklee College of Music in Boston and former program director of San Francisco’s Alzheimer’s Association. “In particular, the limbic system. And specifically, the hippocampus, which retains long-term memory and has retained emotional impact. Music triggers these long-term memories. So we see people who have not spoken in years begin to sing songs that they knew in their early teens and early adulthood.”

Hanser says that when we actively make music, as opposed to passively listening to it, we activate another part of the brain that controls balance and movement-the cerebellum-in addition to cognitive and limbic areas. “Music therapists may begin with passive listening but soon we engage the person so there’s more parts of the body involved,” she says.

According to the Alzheimer’s Association, Alzheimer’s now affects more than 5 million Americans. For those who suffer from its progression, a number that doubles every fives years among seniors according to The National Institute on Aging, music can not only be a pleasant link to the past, but a nourishing connection to the present.

“Family members who every day see losses and degeneration first hand need some kind of hope, need to see there are ways to access the human being they loved,” says Hanser. “For a caregiver or family member to dance or sing with that person brings them much more a sense that there is [someone] within the shell the disease has caused.”

I think music in itself is healing. It’s an explosive expression of humanity. It’s something we are all touched by. No matter what culture we’re from, everyone loves music.-Billy Joel

Some say math is the language of the universe, but on earth it is music. Bone flutes, jaw harps, and percussive instruments were already being used more than 30,000 years ago to express qualities of human experience. Music, like food, is central to virtually every culture on earth, and in fact might be considered a type of food for the brain. Ancient Greeks believed music’s mathematic progressions and its harmonic qualities, ratios, and scales made for a better mind, so its study was required as part of a good education.

The modern method of using music to heal, called “music therapy,” was born after World War II when physicians and nurses in veterans hospitals noticed their patients improved after listening to music. Today, more than seventy music therapy programs are accredited in the United States by the American Music Therapy Association, which defines music therapy as “the clinical and evidence-based use of music interventions to accomplish individualized goals within a therapeutic relationship…” Whereas words are the psychotherapist’s medium, music is the medium of the music therapist, who is typically a trained musician.

“[Music therapy] is not going to change the course of the disease,” cautions Hanser, “but it will allow the person to temporarily engage and be much more capable of communicating more clearly.”

Hanser and her more than 3,200 colleagues of the American Music Therapy Association practice two types of music therapy: active and passive. Familiar and, most importantly, likable, music elicits the best responses. For example, Big Band music motivated social interaction more than making a puzzle in one 1993 study, and another study that same year found playing music of a patient’s choosing six days a week reduced his or her agitation.

Music therapists work directly with family members, caregivers, and patients to find the best music for a desired goal of dementia therapy, such as to “improve memory,” “lower agitation,” or “improve cognitive skills.” According to Tomaino, music can be used mnemonically to “retune” the brain to remember certain tasks during early stages of Alzheimer’s and dementia. But in later stages, music is most helpful in maintaining motor skills. In all cases, music is known to reduce anxiety and stress while increasing attention, motivation, and focus.

Unlike passive music therapy, or simply listening to live or recorded music, active music therapy uses real instruments, such as drums, harps, harpsichords, or the voice, to engage a patient in play. Hanser once helped a man with Alzheimer’s and his wife dance for the first time in years after Hanser played some familiar ragtime music and had his wife strum an autoharp. The sound and vibration of the autoharp motivated the man to move his legs to the music, whereas before the music began he only stared into space.

Tomaino has found that active music therapy can have immediate physical benefits. “Say a person doesn’t use their hands to pick up things very much any more,” she says. “Engage them in a drumming circle for a while, and in the process of hitting the drum they can maintain the strength of holding a fork or glass.”

For all the anecdotal clinical evidence that dementia therapy using music helps people who suffer from Alzheimer’s and dementia maintain quality of life, and despite the medical community’s general regard of likable music as a “good thing,” music therapy still lacks the rigorous statistical evidence that shows it works for everyone. In 2003 the Cochrane Collaboration, an independent non-profit reviewer of medical research, reviewed five well-known music therapy studies and found their methods “too poor to draw any useful conclusions.” Its report states, “There is no substantial evidence to support nor discourage the use of music therapy in the care of older people with dementia.”

It should be emphasized that musical dementia therapy has not been shown to fail in these studies, either. And the good news is that it’s been shown to have little to no patient risk when administered properly by a trained music therapist. Since 1994, Medicare has reimbursed for the treatment, and in specific cases so has Medicaid. Both policies are fortified by the Music Therapy for Older Americans Act, passed into law by the U.S. Senate on Sept. 18, 1992, eleven years before the Cochrane review was published.

Hanser says the effects on quality of life that music therapists observe in their patients every day are difficult to statistically quantify because each case is unique. “To be most effective, music therapy procedures must be tailored to the individual needs of each person with dementia,” she says. “Each music therapy strategy must also reflect the person’s history, preference, and ability to engage with a certain type of musical experience. These are some of the factors that make it extremely challenging to conduct randomized controlled trials.”

Finding a Music Therapist Near You

The American Music Therapy Association maintains a list of board-certified music therapists, and its web site offers informative FAQs and brief articles about music therapy. To find a music therapist near you, contact them at: