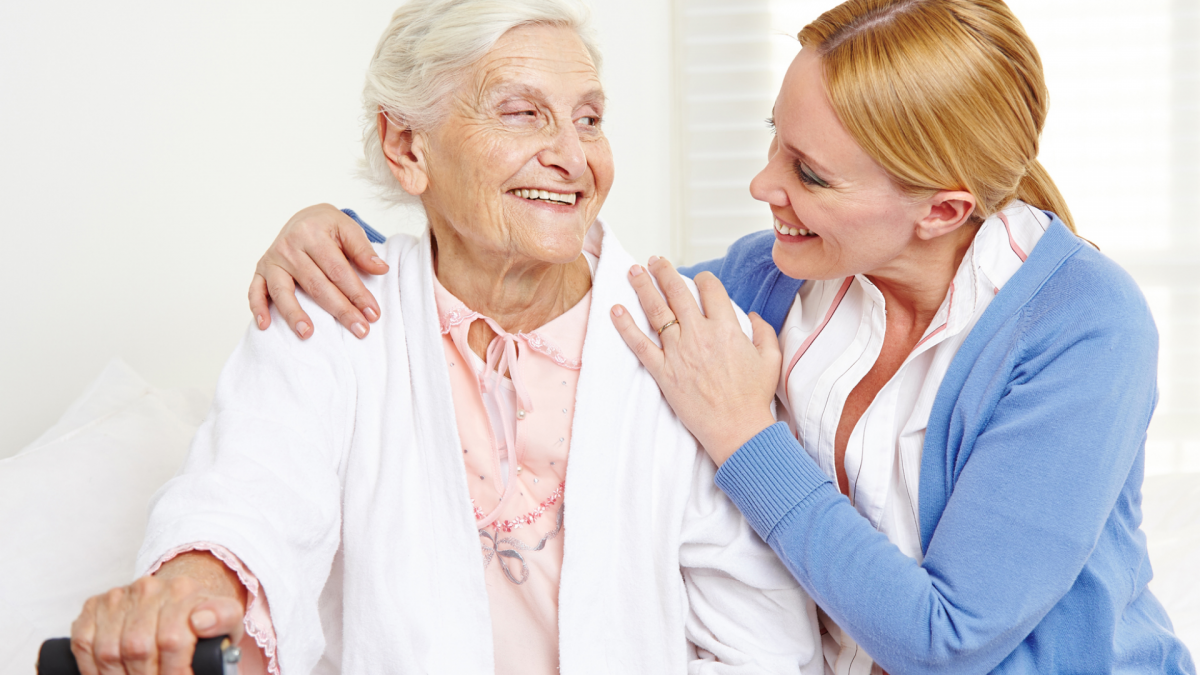 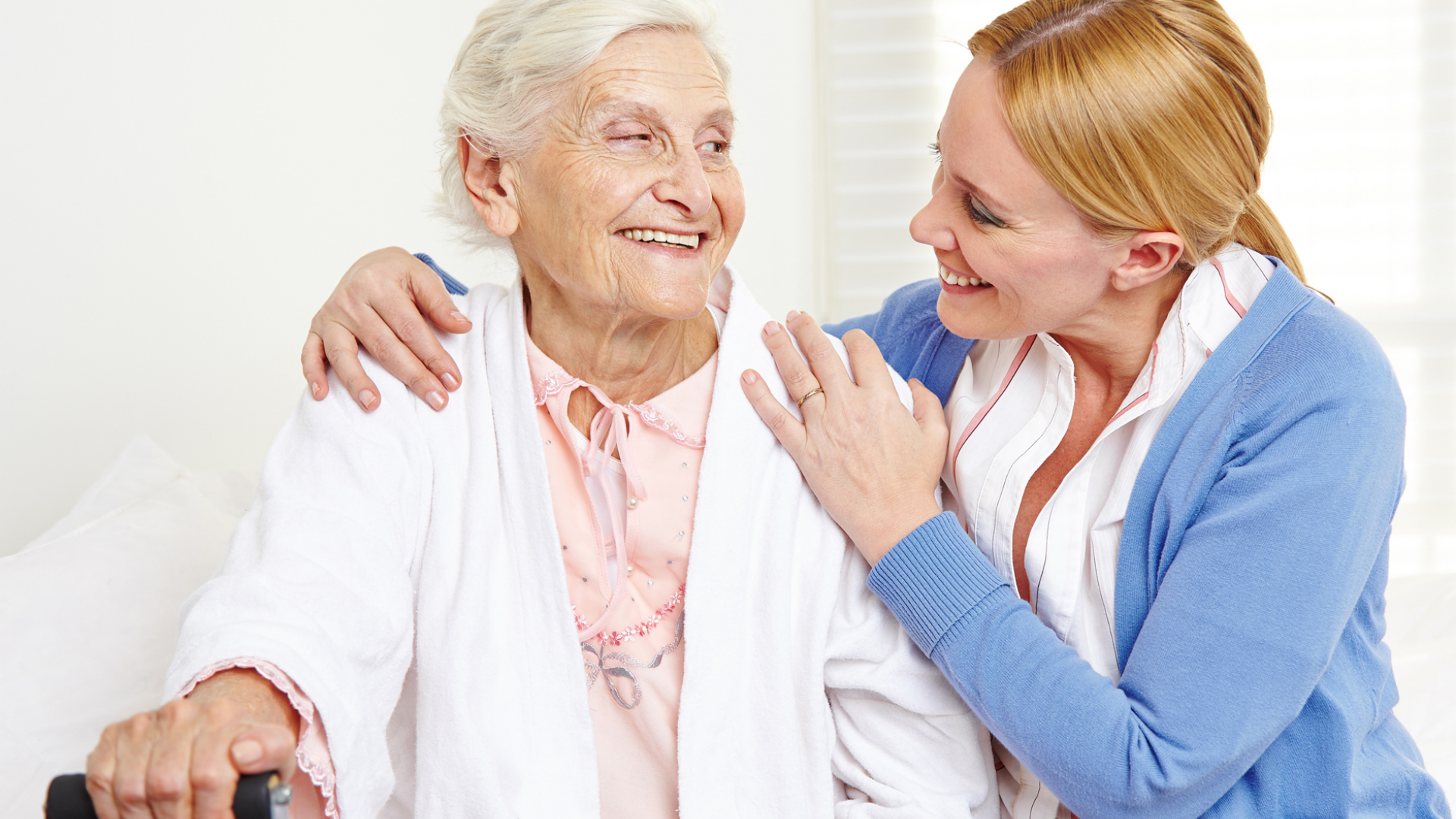 Three years ago, when Nicole Wilhelm, a public relations executive in Jacksonville, Florida, was in the throes of wedding planning, she visited her 68-year-old father in Lucerne Valley, California. It quickly became apparent that something was wrong, says Wilhelm.

Her father, a life-long skier who was normally muscular and fit, now looked frail and weak.

“I noticed that he was definitely thinner, but not so much as to cause great concern,” she says. Still something didn’t seem right to Wilhelm, so she asked her father about his weight loss.”He said he had been to his doctor, so I didn’t worry,” she explains. “He was his usual upbeat self.”

What Wilhelm didn’t know was that in six months, her father would be fighting for his life.

Though sometimes downplayed or even ignored by elderly patients, sudden weight loss is a serious cause for concern says Dr. Barry Fabius, medical director of geriatrics at Holy Redeemer Health System in Philadelphia, Pennsylvania. “My radar goes up,” says Fabius. “I immediately wonder if I’m dealing with cancer.”

But beyond the ominous “c” word, there are a host of other serious conditions that quick-onset weight loss can signal, including depression, dementia, gastrointestinal issues and hypothyroidism.

According to Fabius, sudden weight loss is a frequent health problem in elderly populations. Judging by his own practice, he estimates that as many as 15 percent of seniors have or will suffer from such a condition.

Wilhelm’s father fit into that statistic. “Two days before my wedding, my father showed up, and this time he had a dramatic loss in weight,” she says, estimating that he lost an additional 30 pounds, adding to the 20 pounds lost in previous months. “I could not believe how frail he looked–I had never seen him this skinny. I could not believe the man looking at me was the father that used to put me on his shoulders when I was a little girl. I really had no idea what to do.”

With her wedding just days away, Wilhelm tried to get to the bottom of her father’s alarming transformation. Because he was diabetic, his primary care physician assumed the weight loss was diabetes-related and treated the problem as such. Wilhelm, worried that the condition might be more serious, tried insisting that her father go to the hospital, but he wouldn’t hear of it.

“He said this was the most important time of my life, and he needed to be there for it,” she says. “I told him that it is just a wedding and weddings can be rescheduled.” Her father’s response: “I’m fine, honey.”

But everything wasn’t fine. At the rehearsal dinner, while family and friends celebrated, Wilhelm’s father hardly touched his food. And by the day of the wedding, he was so weak that she says it was heartbreaking to look at him. “At the reception when my father and I danced together, I had my husband cut in, and my bridesmaid take my father back to his seat. I would have been devastated if he were to have fallen while we were dancing together.”

Four months later, he was diagnosed with terminal lung cancer. The sudden weight loss had been a signal of a distressing problem, but neither he nor his physicians caught it in time. He and his doctors had missed or ignored one of the fundamental elder care warning signs-his weight loss–and now the cancer had spread to his brain.

The Importance of Early Detection

In cases like Wilhelm’s father’s experience, early action, says Fabius, is key. Though such weight loss isn’t always a signal of cancer, it is always a cause for concern. At the first sign of unhealthy weight loss, says Fabius, “get them to see a physician as soon as possible. Most cancers are treatable in their earliest stages.”

How much weight loss is considered dangerous? “As little as 10 pounds over a month would concern me,” he says. “I’m also concerned about weight loss that is slow and progressive.”

After an initial visit to the doctor, he recommends that his patients, possibly with assistance from family members, weigh themselves twice weekly and keep an accurate “food diary.” “Most diagnostic work occurs in your history taking,” he explains. Such a diary, says the doctor, will show an accurate picture of a patient’s caloric intake. “It’s important to see, in that history taking, how many calories they’re actually burning.” Some important questions Fabius and other practitioners ask as they’re reviewing a patient’s caloric record keeping are: Is the patient taking in enough calories? If so, is the patient still losing weight? Is there an appetite? “If a patient is meeting or exceeding their caloric needs,” says Fabius, “that’s going to make me suspect hyperthyroidism or a malabsorption syndrome.”

When it comes to weight loss in the elderly, experts say to watch for a few key elder care warning signs:

Fabius encourages friends and family members to step in and help a loved one who is reluctant to seek medical assistance. He emphasizes that this should be done in a “compassionate manner, so they know you are trying to give them the best advice possible. That connectedness is vital.”

Though there are medications available to treat appetite issues, Fabius isn’t a fan of many of them. However, he says there is pharmaceutical research in progress that could change that. “There are promising drugs in the pipeline that can stimulate appetite,” he says.

Sadly, Wilhelm’s father’s condition wasn’t treatable, and he passed away a few months after being diagnosed with terminal cancer; but not before Wilhelm spent her weekends being his caregiver. “Taking care of my father was not easy on my new marriage, or myself,” she says, “but I would not change a thing. I did what would make my father the happiest. We have to make sacrifices for family.”

And yet those final days provided the father-daughter time she had always longed for. “I made meals for him, did his laundry, cleaned the house, drank beer on the porch with him, and just enjoyed his undivided attention,” she remembers. “We listened to his jazz records, and a lot of Louis Prima, and he told me stories about the ‘Old Vegas’ and how much better that was than today’s version.”

When my father’s final hour came, Wilhelm says, “I kissed my father on the cheek and told him I loved him. He grunted so I knew he heard me.” Saying goodbye, she says, was heartbreaking, especially knowing that there may have been more doctors could have done to help her father (at least before the cancer had spread).

Though Wilhelm’s ordeal with her father was painful and confusing, she has important advice for others. “People just totally rely on what the doctor says,” she says, wishing her father had a more attentive and proactive geriatrician. “We are not really a society that challenges a doctor’s advice; we seem to just be very accepting of what the doctor says.”

Still, when all was said and done, Wilhelm knew there was nothing more she could have done, given the circumstances. “Never have regret,” she says. “Just remember that at the end of the day, if you feel like you have honestly done everything in your power to help, then you have.”