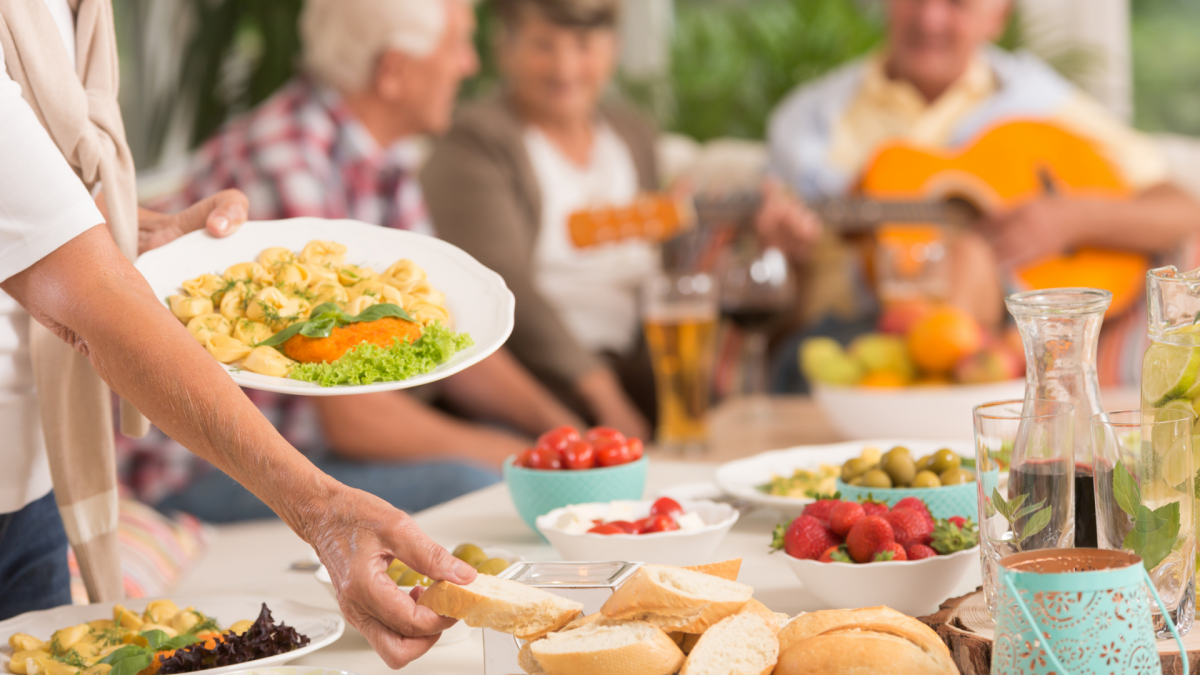 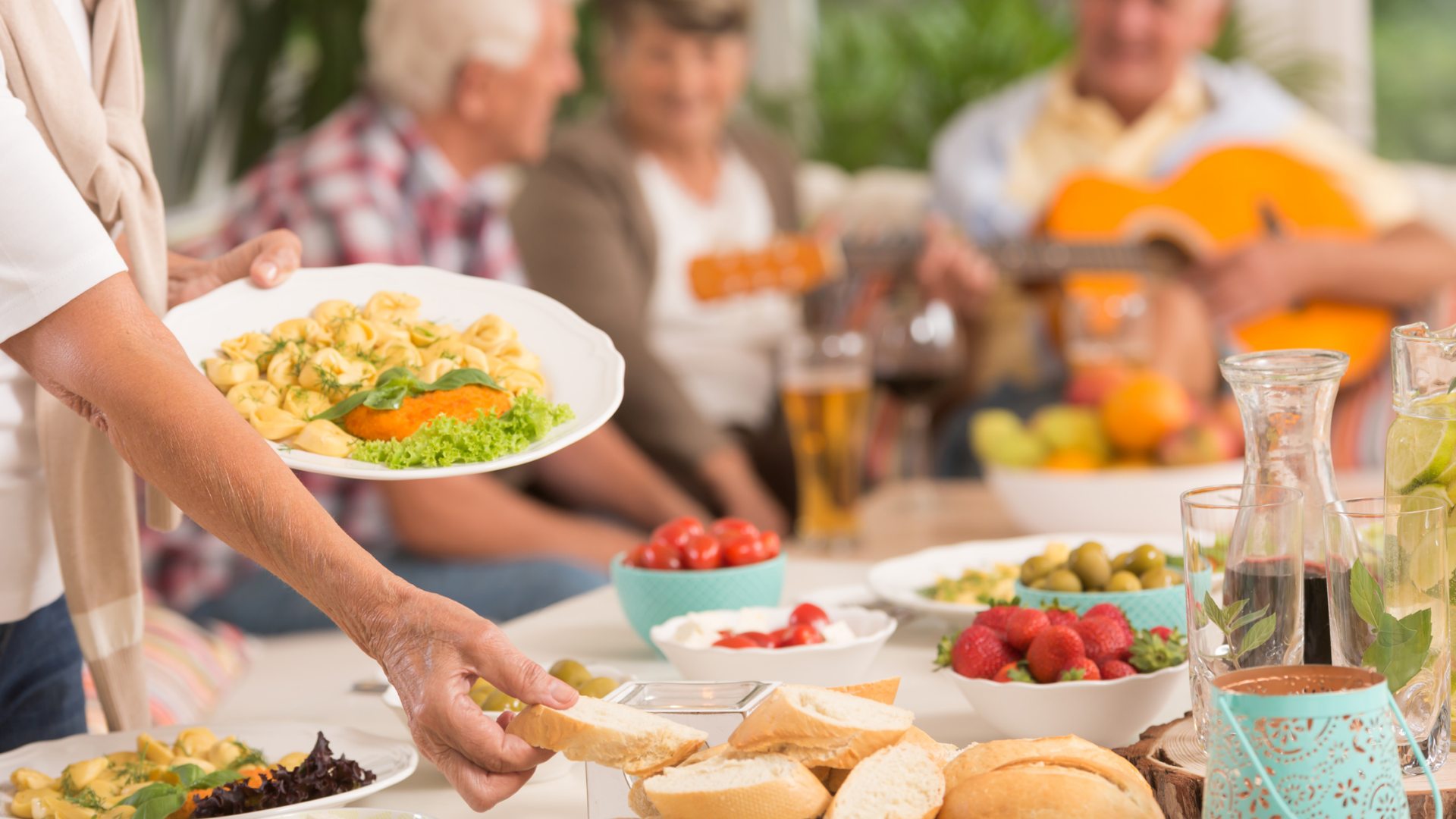 Whether it is labeled as acid reflux, heartburn or gastroesophageal reflux (GERD), this burning sensation occurs when contents from the stomach travel back up the esophagus, and it affects more than 15 million American on a daily basis. Due to physiological changes that occur with aging, elderly people are more apt to suffer from GERD, and people over age 65 are often prescribed medications that alter the GI tract and can lead to senior GERD.

Acid reflux, heartburn, and GERD don’t mean the same thing. GERD denotes regurgitation of any type of stomach contents into the esophagus, while acid reflux means the stomach’s acid contents are being regurgitated, says Dr. Philip E. Jaffe, FACP, FACG, a gastroenterologist and a professor at Yale University School of Medicine in Connecticut. With GERD, food, acid, stomach enzymes, and material from the upper intestine that has traveled back into the stomach can reflux into the esophagus. “By definition, all acid reflux is considered GERD but not all GERD is due to acid reflux,” says Jaffe. Heartburn can be a symptom of acid reflux or GERD, but it is not a medical condition.

“If a patient says I have heartburn or GERD or acid reflux, it starts our conversation,” says Dr. Patricia Raymond, FACP, FACG, a gastroenterologist in Chesapeake, Virginia. Because esophageal reflux-whether from acid or other stomach contents-is such a common problem, people may not visit their doctor. But if your loved one is constantly consuming antacids or has suffered from this condition for years, it’s time to see a physician.

A senior GERD sufferer may not even have symptoms, according to Dr. Beth Schorr-Lesnick, FACP, FAGP, a gastroenterologist in Yonkers, New York. “The pain receptors of the esophagus might not be as sensitive due to decades of acid reflux,” she says. “Due to the duration of the disease, you may have heartburn, or your symptoms may be a lot less or not at all.”

Also, some elderly people do not produce stomach acid, which means antacid medications will not alleviate symptoms. Diagnostic tests can pinpoint what is being regurgitated and lead to a correct medical prescription.

Jaffe says people suffering from “red flag” symptoms should consult a doctor as soon as possible. These include unintentional weight loss, black tarry stools or overt rectal bleeding, vomiting with or without blood or coffee-ground appearing material, and chest pain. “In addition, people with atypical, extra-esophageal symptoms such as wheezing, hoarseness, sore throat, choking episodes or chronic cough, or excess mucus production and chronic throat clearing should see a physician; [these symptoms could] require special testing and/or treatment,” says Jaffe.

Typical GERD manifestations might instead indicate heart disease. Individuals with heart disease risk factors or a family history of heart disease should seek medical attention, says Jaffe. Nighttime symptoms can be more dangerous. “If you are waking up from sleeping due to a reflux problem, you have sixteen times of an increased risk of developing esophagus cancer related to reflux,” says Raymond.

GERD occurs when the esophageal tube between the mouth and stomach is being damaged. Usually the muscular valve at the bottom of the esophagus-called the lower esophageal sphincter or LES-keeps stomach content inside the stomach. When a person swallows, the LES opens, letting food and beverages into the stomach; then the LES closes. If the LES weakens or relaxes abnormally, episodes of reflux ensue. The stomach contents-be it acid, food or enzymes-causes injury to the esophagus lining, leading to a burning sensation.

This feeling is a common occurrence: more than 60 million Americans experience heartburn at least once a month. Causes include:

Risk factors associated with the GI tract also cause senior GERD. These include being overweight, and suffering from a hiatal hernia, asthma, diabetes, peptic ulcer, delayed stomach emptying, connective tissue disorders such as scleroderma, and Zollinger-Ellison syndrome.

Often a primary care physician will prescribe a strong antacid for senior GERD, and symptoms ease. If this doesn’t happen or manifestations are severe, a patient undergoes further testing under the guidance of a gastroenterologist.

Anendoscopyis an easy, five to seven minute procedure. The patient must have an empty stomach when an IV is inserted to induce a light sleep. A tiny scope is introduced into the mouth, through the esophagus, stomach, and small intestine.

During anambulatory acid (pH) probe, a catheter is inserted through the nose and dangled into the esophagus. A tiny computer is attached to the other end of the catheter; this is worn around the waist or over the shoulder. The computer records acid measurements. In aBravo pH probe, a pill-size monitor is attached to the bottom of the esophagus during an endoscopy. This probe then emits a signal to a computer worn at the waist. Later, this probe passes in the patient’s stool. Both types of pH test last one to two days, recording details of stomach acid regurgitation.

During anesophageal motilityormanometry test, a catheter is placed through the mouth or nose and into the esophagus. While the patient swallows, a technician studies how the sphincter and esophagus are working.

At agastric emptying study, the patient eats food with a radioactive tracer at a hospital or clinic. This tracer-through the placement of a scanner over the stomach for several hours-shows how long it takes a patient’s stomach to empty.

During abarium X-rayprocedure, the individual drinks a chalky liquid that coats the digestive tract. X-rays are taken of the GI tract and the coating shows the condition of the esophagus, stomach, and upper intestine.

The above tests help a gastroenterologist uncover how a patient’s esophagus functions and how the stomach is emptying. Tests also uncover possible complications of acid reflux and GERD. According to Jaffe, these complications include:

Patients suffering form Barrett’s esophagus have an increased risk of developing esophageal cancer. “Fortunately, once discovered, these patients are followed closely [undergoing an] endoscopy with biopsy every few years. It is uncommon to develop incurable cancer when they are under surveillance,” says Jaffe.

Over-the-counter antacidswill work for modest acid reflux and GERD. However, most antacids-including Maalox®, Mylanta®, and Tums®-actually cause the stomach to make more acid, causing acid reflux to re-occur, says Raymond. She recommends Gaviscon®, another over-the counter antacid. This product creates a foamy barrier on top of the gastric contents.

Frequent use of antacids can also cause diarrhea or constipation. Another over-the-counter option for mild acid reflux is H2 receptor antagonists(H2 RAs), including Pepcid® AC, Pepcid®Complete, Tagamet®, and Zantac® 75 and their generic equivalents. According to Jaffe, these work within an hour and have few serious side effects.

“Proton pump inhibitors(PPIs) are the most effective class of acid blockers and are typically prescribed for those with severe symptoms, complications of GERD such as strictures, or for those who don’t respond to [H2 RAs],” says Jaffe. “Over-the-counter PPIs are available in the form of Prilosec OTC®.” Both prescription PPIs and H2 RAs are available.

Patients taking PPIs may be prone to hip fractures, according to a recent British study. Schorr-Lesnick recommends that elderly people on PPIs should also take calcium and vitamin D, as well as be screened for osteoporosis. “[Patients] need to be maintained on the lowest dose of meds that cures [their] symptoms,” she says. “Some [elderly patients] switch to Prilosec instead of a PPI.”

A patient’s cardiologist should know if the patient is taking a PPI. Clotting time can be affected by acid reflux medications.

If GERD is caused by improper stomach emptying or irregular esophageal movements, promotility or pro-kinetics are sometimes prescribed. Unfortunately, the drugs available in the U.S., including Reglan® (metoclopramide) and Urecholine® (bethanechol), can have unpleasant and serious side effects, says Jaffe.

Beyond medication, surgery is an option for a small number of senior GERD sufferers. People who might undergo a surgery consultation include:

The most common surgery for GERD is a laparoscopic procedure that involves tightening the esophageal sphincter. “For the majority of patients where the surgery is effective, they no longer need to take PPIs, H2 blockers, or antacids” says Jaffe. “Like any surgery, serious complications can occur and some patients complain about bloating after eating due to “trapped air.” In addition, the longevity of the procedure’s efficacy has been called into question as many patients have recurrent symptoms and recurrent hiatal hernias within ten years of the time of surgery.”

Within the last decade, non-surgical procedures have also been developed, including two endoscopic suturing devices, called the Plicator? and the EndoCinch?. “These are used to place “stitches” in the stomach just below the esophagus to reduce the amount of material refluxing. Both show modest results … but do not work as well as surgery or traditional PPI therapy,” says Jaffe.

A gastroenterologist can help severe GERD sufferers navigate the numerous treatment options. Likewise, people with mild or moderate symptoms should consult with their primary care physician if over-the-counter remedies don’t alleviate symptoms. Although reflux is a common problem, relief is usually readily available.