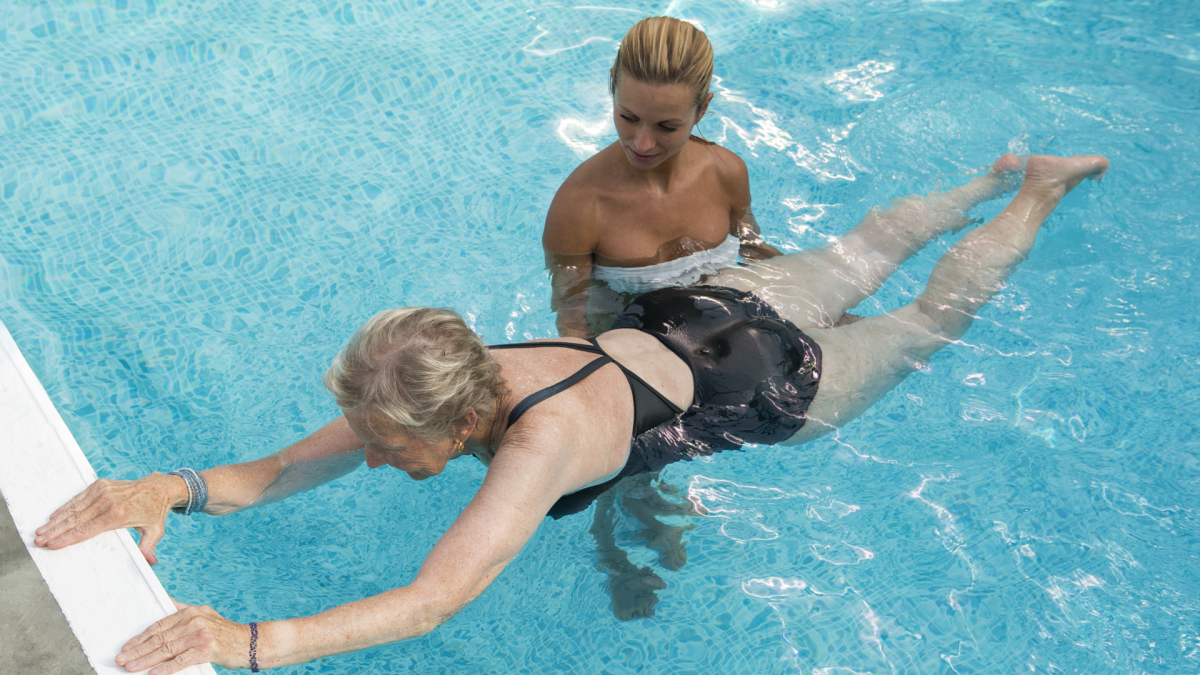 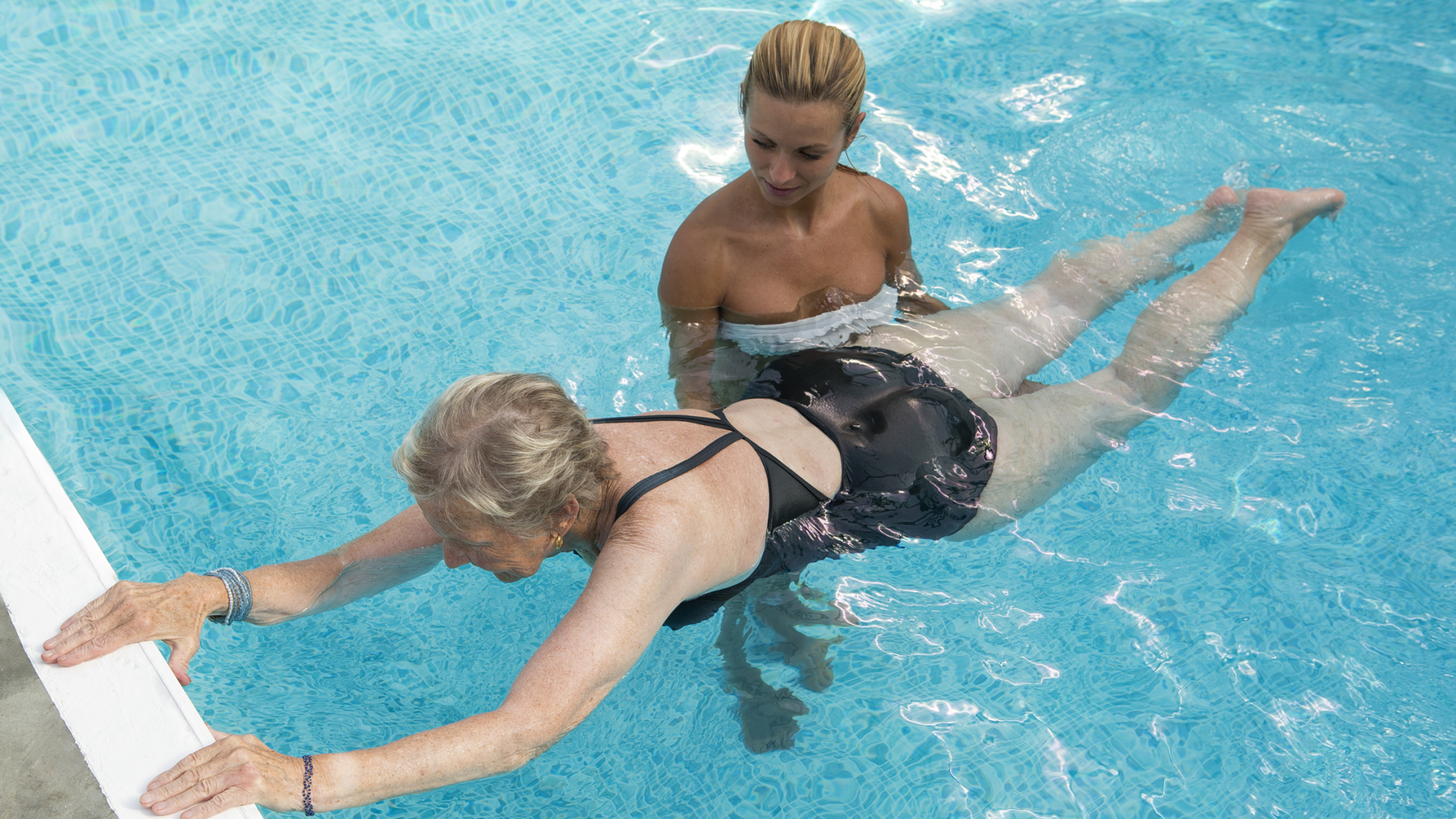 Amanda’s Aunt Anna had a big influence on her life when she was growing up.

“It was always special when I got to spend time with Aunt Annie,” says Amanda of her mother’s sister, who had no children of her own. “As a child, I would visit her on weekends sometimes, and we always had so much fun.”

As Amanda grew into adulthood, she remained close to her favorite aunt, visiting her as often as she could. The journey to Anna’s Massachusetts home wasn’t easy, but Amanda knew that the long trip from her home on Peaks Island, Maine, was worth every minute.

During the Christmas season of 2004, Amanda made her usual trek to her aunt’s home, but this time, something didn’t seem right. Anna, now in her late seventies, was normally sociable and engaged, but that day she seemed distant and forgetful. Perhaps the most disturbing discovery for Amanda, however, was her aunt’s physical appearance. “Aunt Annie,” she gasped. “You’ve lost a lot of weight!”

Unsure of what to do, Amanda drove home after the holidays, but she couldn’t help but feel terrified.What if Aunt Annie stops eating?she thought.What if she can’t call for elder care help?I was worried she wasn’t going to make it,” she recalls. It was a terrible feeling being so far away.”

So, the next morning, Amanda drove back down to Massachusetts. “I realized I needed to go back to get her some help,” she says. This time, she played detective-tactfully asking questions about her aunt’s health and surveying the home. As it turned out, bills hadn’t been paid, the phone company had sent a shut-off notice, and the cat was missing.

“It died,” her aunt replied. Later, Amanda found the cat-indeed dead-crammed into a plastic bag in the bathroom, next to a toilet that had been plugged and left in disrepair for weeks.

Even more alarming was the state of Anna’s nutrition. “I started counting bananas,” explains Amanda. “She said she ate one every morning with breakfast, but I would bring five over on Monday, and by Friday there were still five bananas on the counter.”

Other people had been in her house, Amanda thought to herself, why hadn’t they noticed the smell, or been alerted to Aunt Annie’s health problems?”I wrestled with why nobody else was doing anything to help her,” she remembers. But there wasn’t time to point fingers; it was time for action. “Nobody else was stepping up, so I did,” she declares. “It was an elder care emergency.”

Even despite her aunt’s protesting, Amanda encouraged her to see a doctor. But when she arrived to pick her aunt up for the appointment, she was met with anger and frustration. “What are you doing?” Anna asked, with a horrified look on her face. “Are you taking me to a nursing home?”

At the doctor’s appointment, the physician examined the elderly woman and decided that she was suffering from the early stages of Alzheimer’s disease. While her mind suffered, her body wasn’t much better off. “Her teeth were in terrible shape,” says Amanda. “They were smelly and infected.” As a result, the doctor encouraged her to have a dentist remove her teeth, and he warned her, “If you lose any more weight, you’ll need to be hospitalized.”

Amanda knew there was a tough decision ahead. “I realized she needed to leave her home,” she says. Prepared for a protest, Amanda called the local police department and spoke to an elder affairs officer. “I wanted to know what my rights were and what hers were,” she explains. “If she didn’t want to move, I wasn’t sure what I was going to do. I thought maybe she would cooperate with someone in a professional role.”

But in the end, that kind of tough love wasn’t necessary. “You took care of me when I was little, Aunt Annie, and now it’s my turn to look out for you,” Amanda explained. “I just want you to be in a safe, healthy environment.” To her surprise, Anna agreed to move into an assisted living facility after her teeth-removal surgery.

A Place for Mom’s Help

While half the battle was over, Amanda was now faced with the challenge of finding the right home for her aunt. A Meals on Wheels employee who brought periodic meals to Anna’s home told Amanda about the kind of elder care help offered by A Place for Mom. Shortly after, she connected with A Place for Mom Senior Living Advisor Donna Bruno.

“At first I was skeptical,” recalls Amanda. For so long she had been managing her aunt’s needs on her own. Could she trust this person to help her find the right home for Anna? she wondered.

“Amanda was hesitant because she did not know what we were all about,” Donna remembers. “I explained our elder care referral service to her and did not push her, just offered to help. Amanda’s situation was difficult because she lives in Maine, and her aunt was in Massachusetts. We decided to look at all communities close to the highway between the two locations. I also chose properties that would meet her aunt’s clinical needs.”

Amanda toured the facilities, and settled on one, Hearthstone-a small, 21-bed assisted living facility that specialized in Alzheimer’s patients.

Donna says that seeing a concerned family member through the initial skepticism, worry, and fear is what makes her job so rewarding. “This was a great example of a very hesitant family with a very real need,” she notes. “With a little patience and perseverance, I was able to help them find a solution.”

“I felt like I could call Donna and share any issues I had, and she would point me in the right direction,” Amanda says. “It was great to have that kind of help.”

After moving into her new residence, Anna’s health has made significant progress, along with her quality of life. “She’s gained weight, she jokes with the residents and staff, and she is no longer sitting at home and moping around the house,” Amanda says.

Looking back, Amanda believes Anna’s come a long way. “I used to cry on my way home from visiting my aunt,” she says. “I thought I was losing her. She was changing, and I knew what we were coming to.” But thanks to a determined spirit-and elder care help from A Place for Mom- she says the outcome has been better than expected.

Today, Amanda offers advice to others in similar situations, whether caring for a parent or other loved one. “Just jump in,” she says. “Once you do, the pieces just fall together. I couldn’t have lived with myself if something happened to my aunt. It may be scary, but you just have to do it. And there are people out there who can help.”