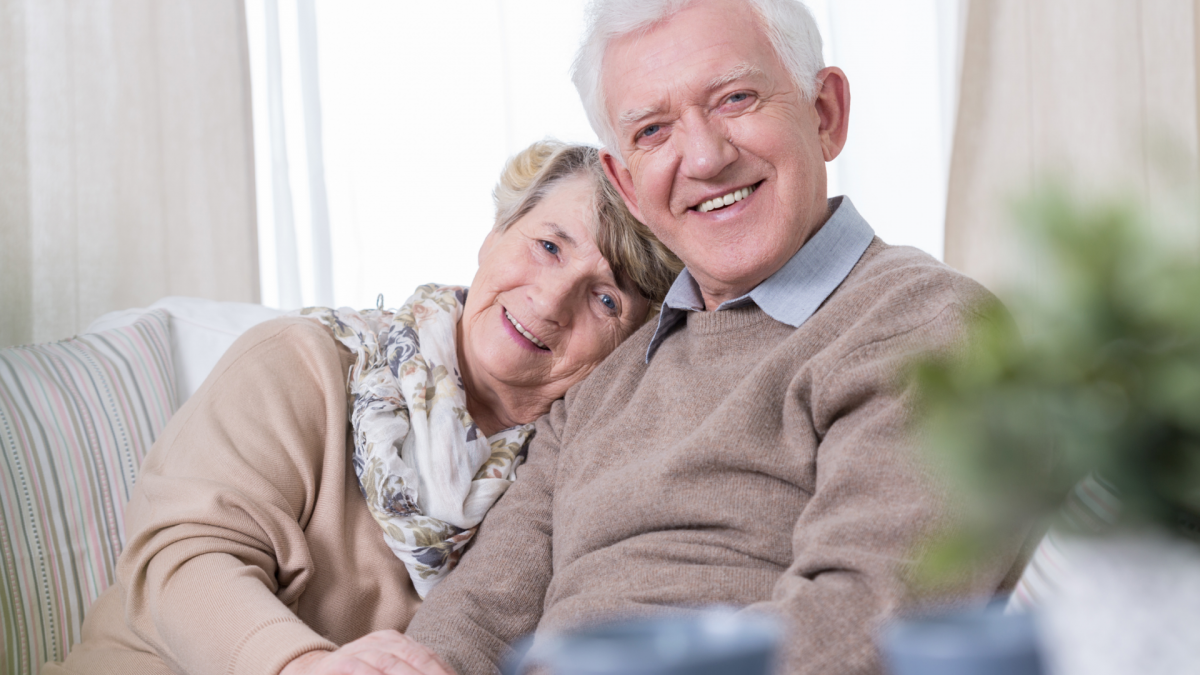 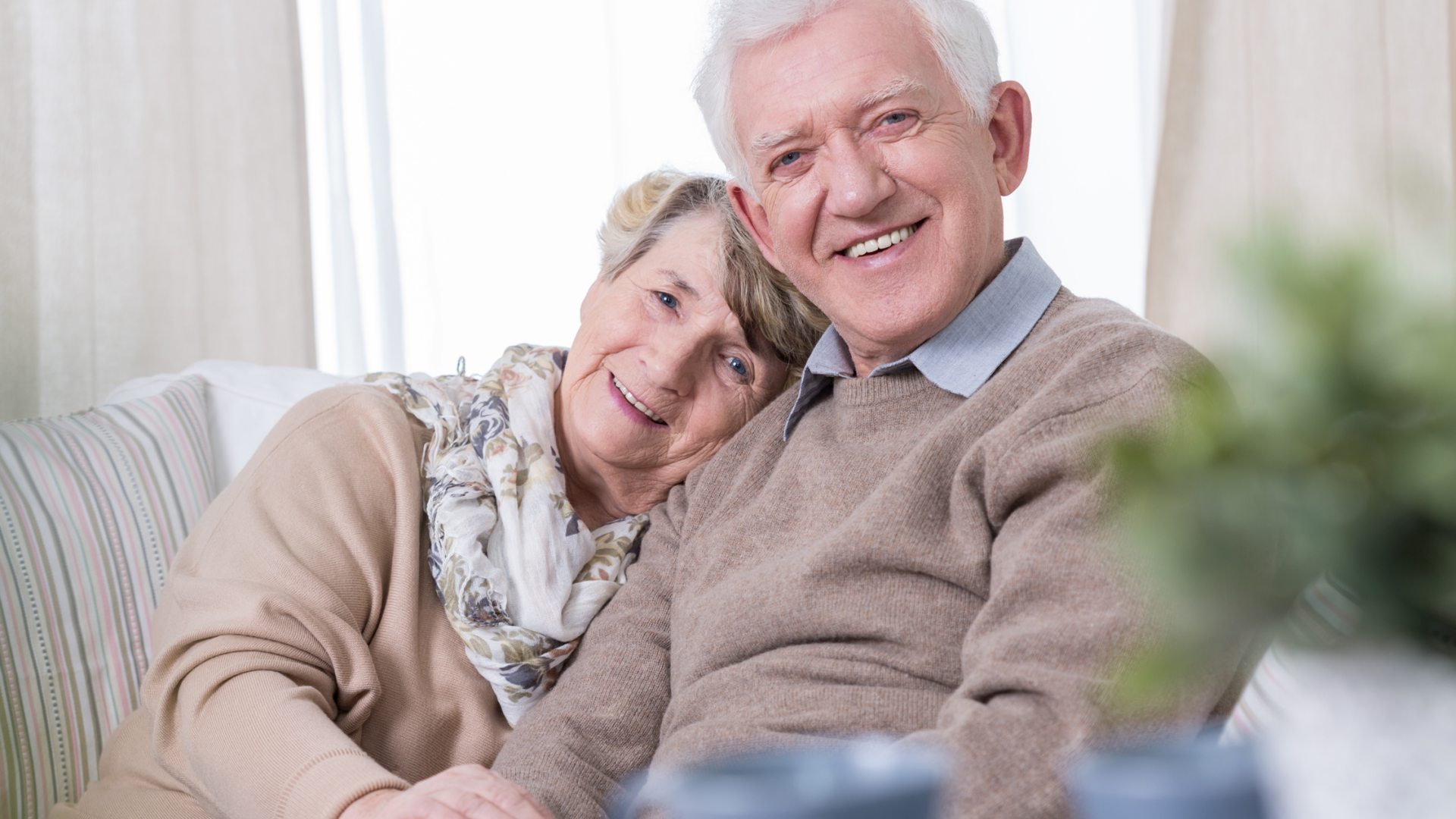 Sisters Ethel P. and Matty B. have been the closest of friends for over 80 years. So no one was surprised when, four years ago, they decided to move together from New York City into an independent living community in Westchester County, New York. They quickly made friends with two other new arrivals, and the foursome began enjoying dinner together virtually every night. Recently, however, Matty has been finding it hard to muster the energy to dress herself, put on makeup, and walk to the dining hall.

“I try to give her a pep talk sometimes,” Ethel says, “but she’s my older sister so she doesn’t really listen to me, and the last thing I want to be is a nag.”

Matty’s apathy is just one symptom of mild or A1-stage Alzheimer’s disease. Her other symptoms, including limited concentration and impaired planning, are also typical in someone living with Alzheimer’s.

“Matty is such a perfectionist, and so sharp,” Ethel recalls. “She used to edit the newsletter for The National Council for Jewish Women, a really big deal. In fact, Matty was honored just three years ago at a New York City gala for her 50 years of service! Now she won’t work on our community newsletter because she’s positive she won’t be satisfied with the end product.”

Ethel sees changes in Matty’s living patterns almost daily. A generous and fastidious volunteer and benefactor to numerous charities, Matty is overwhelmed by the deluge of mail asking her for donations. The pile builds on her desk and, though she fully intends to sort through the giving pleas and make educated decisions, as she has always done, the volume stifles her motivation.

Matty remains very proud of living independently. Ethel checks in each morning and, if everything seems okay, often won’t communicate with her sister again until they meet with their friends for dinner.

“All four of us share similar politics and intellectual pursuits so the dinner conversation becomes quite lively!” laughs Ethel. “Matty is usually in the thick of it, though she may ask the same question or make the same point numerous times during the meal.”

Alzheimer’s disease usually begins gradually, affecting 20% of people over 80. (Matty is 88, Ethel 84.) The number increases to 50% by the time people reach 90 years old. The Alzheimer’s symptoms, primarily caused by the progressive destruction of nerve cells in the brain, begin to increase rapidly as well. First, short term memory fades, then planning and judgment become impaired, followed by personality changes, and finally, difficulties speaking and walking.

For primary caregivers like Ethel, the changes to someone living with Alzheimer’s can be dramatic.

“Matty loves chamber music so I bought us a subscription to a concert series,” Ethel says. “By the time the concert series started a couple of months later, she couldn’t muster the energy to attend the evening performances. It saddens me to see her so tired that she misses out on activities she loves.

“Still, I wouldn’t have it any other way at this point. My sister and I are very close, most of our children live far away, we have always had each other and we still do.”

Ethel’s role as her sister’s caregiver remains consistent. She always accompanies Matty to her doctor’s appointments for fear that Matty may miss an important piece of information, such as a recent change in her prescription. Ethel also insists that the doctor call her as well as her sister when they need or deliver information.

“I insist that Matty schedule the courtesy van to take her to the doctor. That way she remembers she has the appointment,” confides Ethel.

Physical activity is considered an important element to slowing the onset of the disease. Staying active can be challenging, as fatigue from consistent frustrations of memory loss as well as general lack of acuity often lead to depressive symptoms. It is important, therefore, that the caregiver be active herself, both physically and intellectually. And to exercise Matty’s brain, Ethel asks her to preview each day’s schedule, keeping her mind active. This type of mental exercise is commonly thought to offer one of the best retardants to the onset of Alzheimer’s disease.

In addition, patients with early stage dementia are often aware of their short-term memory loss, contributing to feelings of inadequacy and frustration, which also contribute to depressive symptoms. This can prove especially challenging for both those living with Alzheimer’s and those who care for Alzheimer’s patients.

Like many independent living communities, Ethel and Matty’s residence offers a full itinerary of activities. There are buses into Broadway, nightly movies, weekend dances, trips to galleries, generally all the activities we might associate with college campus life, except perhaps the nightly bridge club.

Matty participates in activities when she feels up to it, but only if they occur during the day. She is too exhausted most evenings. It helps that she has made close friends here. Each friend is aware of Matty’s situation, so they also try to keep her active and aware whenever possible, and they are always patient with her repeated questions and comments.

As we age, the obstacles to an active life increase. Aches and pains provide ample excuse to skip the walk, and impaired short-term memory can make the reading of that novel seem like a waste of time. Yet these are exactly the kinds of activities that help slow dementia. And, if we remove the communicative activities of taking a walk or discussing a mystery from our daily lives, we are in effect also removing ourselves from our social environment, which can further accelerate the dementia.

“Matty decided not to attend dinner with my son and his family when they visited two weeks ago,” Ethel says. “She just wasn’t up for it. But I am sure being around her nephew and grandnephews would have felt really good to her and been very positive for her.

“She remains a proud woman-it isn’t about throwing on a robe for her. She wants to look pretty, to wear a flattering dress and apply her makeup. It takes a lot to prepare oneself even when you are feeling fine, so when you’re always tired getting ready can seem like too much. That’s what happened when my son’s family was here.”

Ethel makes it clear that she wouldn’t choose any other task than caring for her sister as she does: “My sister is a wonderful person who has helped me through plenty of hard times. She is never too demanding on me and always appreciative that I am looking out for her. And she remains great company.”

For Ethel, like many other caregivers during the A1-stage of dementia, being her sister’s primary caregiver may change suddenly. It is often difficult even for the most loving family members to cope with the care for Alzheimer’s disease and other forms of dementia. Mood swings increase, as do physical challenges including incontinence and impaired mobility. Independent living is eventually replaced by assisted living.

Presently Ethel and her nephew, who lives closest to the sisters, provide a comprehensive team. Matty’s son took over his mother’s finances two years ago after Matty’s early symptoms became consistent. He regularly attacks the pile of envelopes on Matty’s desk, “though he is hardly as judicious as his mother,” notes Ethel. He also has all bills directed to his house, alleviating a major cause of anxiety even among those who can easily pay.

And Ethel is aware of her own needs. Since they live in separate apartments, Ethel attends evening activities without “leaving” her sister behind. She also rarely misses dinners with her friends, though she will dine in with Matty in one of their apartments as necessary.

“I complete the shopping for both of us,” Ethel says, “but my sister still washes her own clothes and prepares her breakfast and lunch. It is just as important to her, as it is to me, that she maintains as much independence as possible. After all, this is called independent living for a reason.”

Thus far, Matty’s speech and mobility are not affected by the disease. One complication has occurred, however-her reaction to the medicines designed to slow the progression of her symptoms. She has said that when on the medications she feels as if her head is floating above her body, a particularly disorienting feeling for someone who has lead such an intellectually active life.

Three years after showing the first signs of dementia, Matty’s medication regimen remains unsettled. Recently her doctor removed one prescription in hopes that Matty would regain some of her energy. Because these drugs only slow the progression of symptoms but cannot cure the dementia, frequent changes in medication are not uncommon as doctors try to tailor the course of care for Alzheimer’s disease to each individual patient’s needs.

Ethel believes that she and her sister have plenty more to look forward to as the best friends experience their ninth decade together. She knows that Matty will have other opportunities to visit with her grandchildren and children. The family is aware of Matty’s condition, and making more of an effort to visit with her.

On days when no grandchildren visit however, Matty takes tremendous comfort in knowing that her kid sister is always close by, ready to discuss the latest Broadway craze or the upcoming gubernatorial election, even if Ethel has to repeat the candidates’ names a few extra times.