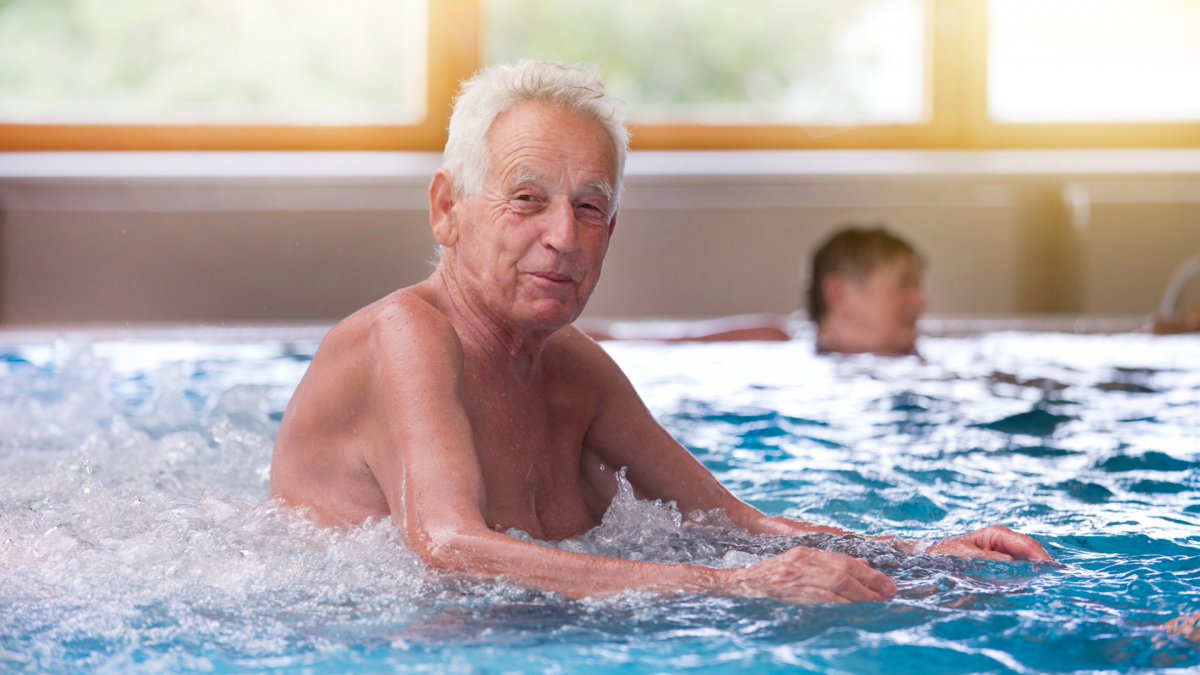 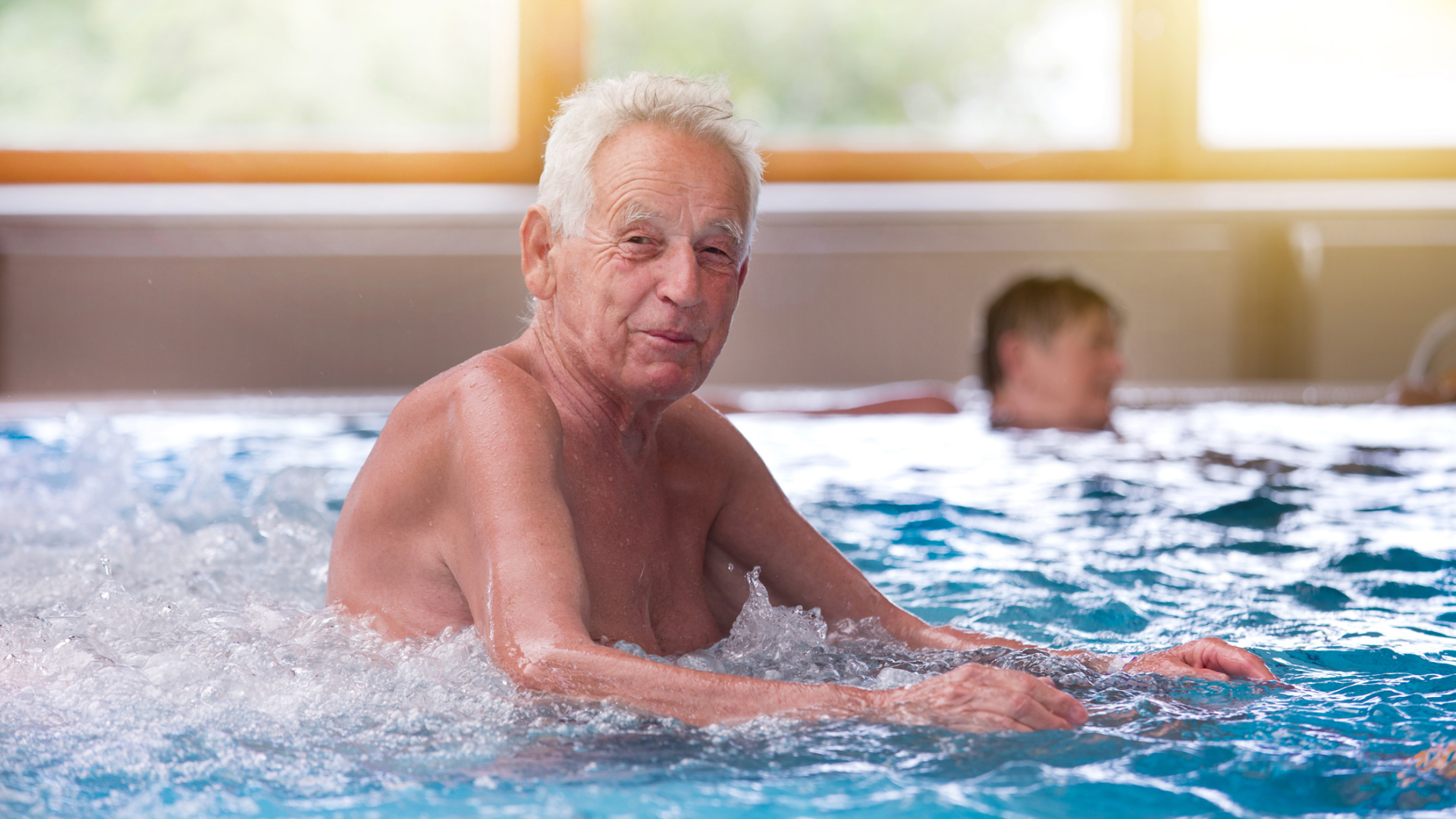 It’s only about the size of a matchbook, but the life-altering effects of a pacemaker can’t be overstated. Whether a patient’s heart rate is erratic because of a heart attack, illness or disease, a pacemaker implanted into the chest can greatly increase quality of life.

After feeling lightheaded and dizzy at work in May of 2005, Gene C., 67, of Juneau, Alaska discovered how urgently he needed a pacemaker. After his family doctor consulted with a cardiologist at Madigan Army Medical Center in Tacoma, Washington, Gene found himself on an unplanned trip to Seattle.

“They said they wanted me down there immediately. My doctor arranged for the ambulance to pick me up, then for the medivac to Seattle, and I was at Madigan Army Hospital within four hours,” Gene explains. “I wasn’t really sure what was going on, but he said this was a problem that had to be addressed.”

“Needless to say I didn’t get any sleep that night,” he says, “so they changed it down to forty.”

Today, Gene no longer has problems with dizziness, and has resumed his active lifestyle. “I walk and I climb up and down hills with about 6-to-9 degree inclines, I shovel snow, and I can walk at a fast pace,” he says.

More than 600,000 people each year receive a pacemaker-a battery-operated device implanted under the skin to regulate the body’s heart rate. More than 3 million people around the world currently have a pacemaker, allowing them to resume normal day-to-day functions with limited inconvenience.

The most common reason for pacemakers for seniors is arrhythmia-an abnormal heart rhythm, caused by a disruption to the heart’s electrical system. Arrhythmia may be caused by a heart attack or other injury to the heart, medication, or a genetic condition.

How the Heart Functions

A human heart is comprised of four chambers: the right and left atria are the upper chambers; the right and left ventricles are the lower chambers. They must work together to keep the heart beating, normally from fifty to one hundred beats per minute in adults. A slow or rapid heart rate means not enough blood is being pumped to all the internal organs. This can lead to shortness of breath, fatigue, loss of consciousness, or confusion.

A pacemaker consists of the pulse generator (a small metal container with a battery and electrical circuits), and flexible, insulated wires called leads, which deliver the electrical impulses to the heart.

“Leads are basically a pair of coiled wires wrapped in silicone or polyurethane that either have a screw in the end or a grappling hook kind of thing that grabs onto the heart,” explains Dr. Adam H. Zivin, an electrophysiologist with the Swedish Heart and Vascular Institute in Seattle. “One end is placed into the heart, the other end is in the pacemaker. The procedure is relatively low risk,” he adds.

Implantation is done in a hospital. Patients are given local anesthesia and mildly sedated using a drug such as Valium®, and then the doctor makes an incision underneath the collar bone, about 1-1/2 inches long. Using X-ray imaging, the doctor guides the leads into the right ventricle and right atrium (this is called a “dual chamber” pacemaker**), then connects the other end to the pacemaker. The pacemaker is inserted into a small pocket under the skin and the incision sewn up.

The newer “rate responsive” pacemakers monitor factors such as blood temperature and breathing rate, and adjust the pulse rate to the body’s needs, such as during exercise. Depending on the model, pacemakers for seniors could be as tiny as a quarter and weigh less than one ounce.

Caring for a Pacemaker

Zivin explains that the first pacemakers, used in the 1960s, were about the size of a hockey puck and required much more extensive surgery and post-operative care. Today’s pacemakers generally require an overnight stay, plus a few easy-to-follow rules:

At those follow-up appointments, the doctor will fine tune the pacing of the patient’s pacemaker, and check the battery. Batteries generally last five to ten years, depending on the type of pacemaker. “The battery voltage declines slowly and predictably, so it’s important that they get follow-up,” Zivin says. “So they’ll drop a little bit and they’ll plateau, and drop a little bit and plateau, so we know it needs to be replaced soon. And when we say ‘soon,’ we mean about six months.”

Surgery to replace a pacemaker involves the same kind of sedation as the original implantation. The doctor will open the skin pocket, remove the old generator, and implant a new one. “Assuming that the leads are okay, that’s all you need to do, and it only takes forty-five minutes,” Zivin says. It is highly unlikely that a lead will come unhooked, and usually only within the first month while scar tissue is forming around it, which is why it’s so important to follow the doctor’s orders those first few weeks.

Some pacemakers can be checked periodically via telephone, with transmitters attached to wristbands on each arms, or a special device placed over the pacemaker. Zivin says this is most useful when a patient lives far from the hospital (as in Gene C.’s case) and can’t see the doctor as often as recommended.

In the past, people with pacemakers were told to stay several feet away from microwave ovens, but that’s no longer the case. Everyday items such as radios, electric blankets and shavers, and televisions pose no risk to pacemakers. However, patients should always tell their doctors they have a pacemaker. Magnetic Resonance Imaging (MRI), radiation for cancer treatment, and shock waves used to break up kidney stones or gallstones can interfere with pacemaker function, as can electrocautery procedures to control bleeding.

It’s also best to talk on cell phones on the opposite side of the body from the incision site, to keep the pacemaker from possibly misinterpreting a cell phone signal as a heartbeat.

After implantation, patients will be given an ID card stating that they have a pacemaker, what precautions to take, and the name of the company that produced the pacemaker. Patients should carry it in their wallet at all times, and show it to airport security personnel, who will likely hand-screen passengers with pacemakers because they set off metal detectors. But, Zivin says it won’t harm the pacemaker: “They’re very well shielded from electro-magnetic interference.”

Should a patient get close to a very large magnet, it could change the pacemaker’s frequency slightly, but it shouldn’t cause a problem for the patient. “It’s an issue if you work in a power plant or around large generators, or work on cars and use a timing light, but it’s pretty uncommon,” says Zivin.

Pacemakers can be implanted into just about anyone of any age, even infants. “There is no upper age limit, really. I put one in a lady who fainted on her 100th birthday,” says Zivin. “I have patients in their twenties who have pacemakers and mountain climb. I have one woman who’s done the Ironman [Triathlon].”

While not every senior citizen is climbing mountains or competing in triathlons, pacemakers for seniors can help give those who need it the chance to enjoy a healthy, active lifestyle.

ICDS VS. Pacemakers: What’s the Difference?

Some patients with fast and chaotic heart rhythms or who have survived sudden cardiac arrest need an implantable cardioverter defibrillator (ICD), rather than a pacemaker. An ICD is larger than a pacemaker, but implanted in generally the same area near the shoulder and under the collarbone. The ICD delivers a small electrical shock to the heart if the pulse exceeds a certain rate, resetting the heart back to a normal rhythm.