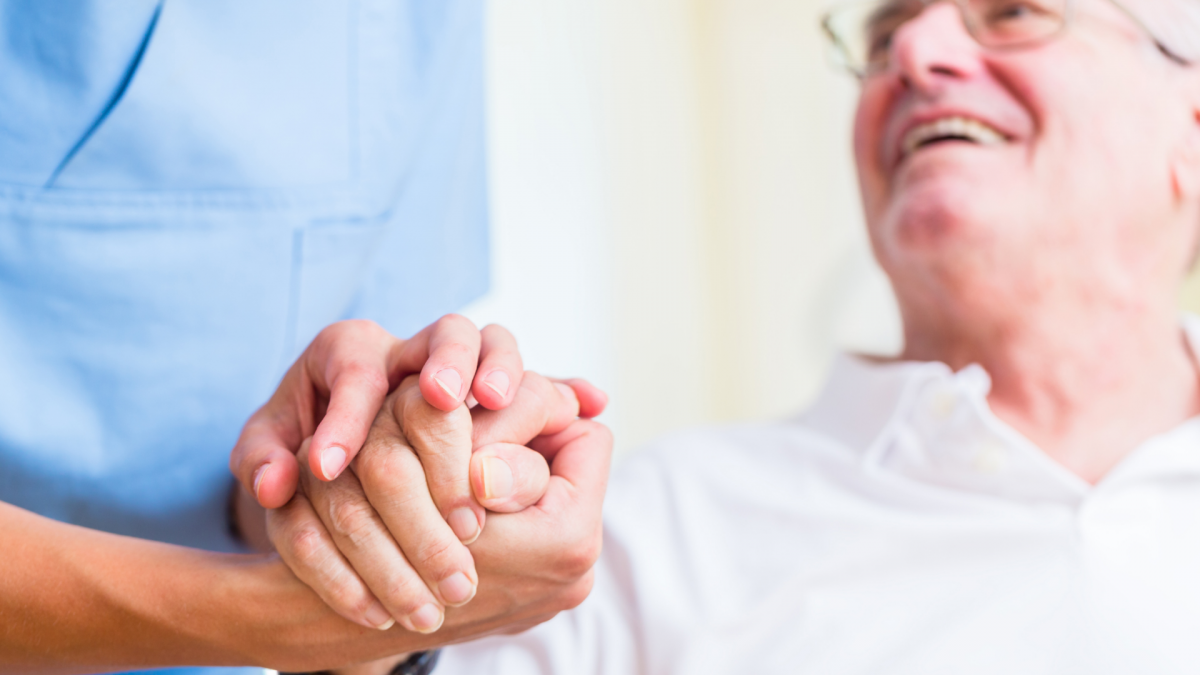 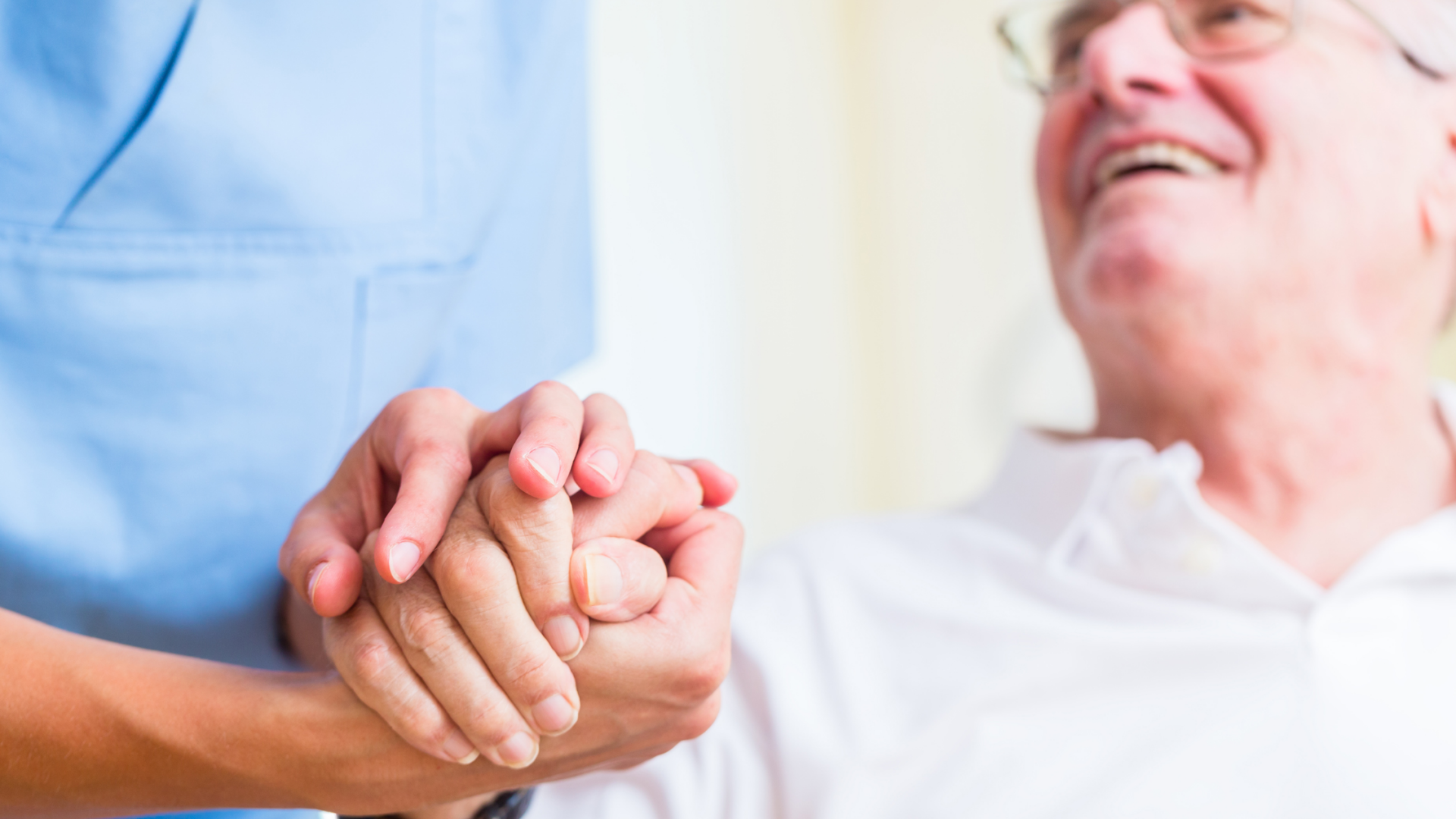 Ask a Question or Schedule a Tour

Parkinson’s disease (PD) is a neurological disorder that occurs when certain neurons in the brain die or become impaired. These nerve cells, located in a midbrain structure that controls muscle movement, produce dopamine, the chemical responsible for coordinated muscle function. Symptoms of Parkinson’s disease begin to appear when 80% of these neurons become damaged.

According to the National Institute of Health (NIH), Parkinson’s affects 50% more men then women, but impacts people of all ethnicity and socio-economic backgrounds. According to the National Parkinson Foundation (NPF), approximately 60,000 new cases of PD are diagnosed each year, joining the 1.5 million Americans who have the disease. The condition usually affects those over age 65. Approximately 1% of seniors have some form of the disease.

Persistent body tremor is the most common symptom of Parkinson’s disease in the elderly. Sluggish movement, stiffness and challenges with balance are also indicators, as are hand cramps, shuffling, frozen facial expressions, muffled speech patterns, and depression.

Parkinson’s disease in the elderly is not easily diagnosed, as neither x-rays nor blood tests reveal the condition, though blood tests and magnetic resonance imaging (MRI) can be used to eliminate other conditions.

Usually the early symptoms are quite mild, affecting one side of the body. These early symptoms often do not require medication. Though tremors are often the first symptom and the least disabling, they often cause the most embarrassment for the patient.

Like Alzheimer’s disease, the most common neurodegenerative condition in America, symptoms of Parkinson’s patients progress and worsen over time. Increased tremors affect dexterity, while movement slows considerably (called bradykinesia). These physical changes impact the most routine habits like getting dressed or rising from a chair. Posture begins to stoop, as the head and shoulders press forward to compensate for the apparent lack of balance. Symptoms may occur on one or both sides of the body, but typically begin on one side and eventually spread to the other side as well. Some Parkinson’s patients may also develop dementia late in the process, although it’s still unclear how likely this symptom is.

Because there is so much variability among patients in how the disease progresses, doctors are not able to accurately predict how quickly symptoms will worsen, or even which specific symptoms will develop for each patient. This makes Parkinson’s disease in the elderly a difficult disease to diagnose properly.

According to the NPF, profiles of Parkinson’s disease patients vary significantly. For example, even though, 5 to 10% of those affected have a family history of PD, the remaining 90% of those affected have no family history of the disease. Environmental toxins are also potentially influential in the onset of PD, yet only a small percentage of patients have been exposed to these toxins.

“How one person displays symptoms may be quite different from another patient,” explains Ruth Hagestuen, director of field studies at the NPF. “However, the sooner a patient visits a neurologist the better. That way, a treatment regimen can be implemented, because this is a chronic illness, and will require many modes of treatment over time to maintain life quality.”

In order to properly diagnose Parkinson’s disease in the elderly, a neurologist or other qualified physician must make the appropriate neurological examination and evaluate the patient’s complete medical history. During the visit the doctor may also be able to personally observe some of the symptoms affecting the patient.

To further complicate diagnosis, onset of PD symptoms does not definitively mean the patient has the disease.Parkinsonism,the term for displaying symptoms without actually having Parkinson’s disease, was found in 35% of those patients monitored in a recent study. Parkinsonism is often the result of medication, blocked blood vessels in the brain, and other chronic conditions like dementia.

Several conditions mimic PD symptoms. These diseases can obscure early diagnosis of PD, another significant reason why a neurology appointment should be scheduled early in the diagnosis process. According to the NPF, the conditions that are most similar to PD display a wide range of familiar symptoms:

LBD is a disease that is now recognized as the second leading cause of dementia after Alzheimer’s disease (AD), accounting for anywhere from 20 to 35 percent of all dementia cases, according to the Lewy Body Dementia Association. Most people, and even many doctors, have never heard of it, but the disease has garnered increasing public attention as recent research continues to establish links between PD, LBD, and AD.

Lewy bodies, the round protein structures that are found in LBD, are also present in the brains of PD patients. However, in PD, the Lewy bodies form only in the midbrain, whereas in LBD the Lewy bodies occur in both the brainstem and the cerebral cortex. And LBD and AD have often been found to coexist in the same patient, which can make proper diagnosis extremely difficult.

While Parkinson’s disease in the elderly remains an irreversible and progressive disease, several medications are now used to treat and control its symptoms. These medications have been so effective at helping people live with PD that surgery is usually only considered after medications have been tried and given time to work. Because symptoms will vary with each patient, the choice and dosage regimens of medications needs to be customized and adjusted as the disease progresses.

Levodopain combination withcarbidopais usually tried first, and its effectiveness revolutionized PD treatments when it was introduced in the 1960s. Essentially a building block of dopamine, levodopa is converted into dopamine in the brain. The resulting increase in dopamine levels helps to relieve the slowness, rigidity, and tremor symptoms caused by the destruction of dopamine-producing brain cells in PD. Carbidopa aids in the absorption of levodopa in the body and also helps to reduce some of its side effects, which may include hallucinations, drops in blood pressure, nausea, and involuntary muscle movements (called dyskinesia). Brand names include Sinemet® and Atamet®.

Dopamine agonistsare a type of medications that mimic dopamine, and unlike levodopa these drugs are not converted into dopamine. So instead of replenishing the depleted dopamine, they are able to induce the affected brain cells to behave “normally,” as dopamine would be able to do. Although dopamine agonists tend to have fewer motor side effects than levodopa, they appear more likely to cause hallucinations as well as compulsive behaviors. And, because the various dopamine agonists all differ somewhat, doctors may need to try different ones before finding one that works most effectively with the fewest side effects. Brand names include Mirapex®, Requip®, and Apokyn®.

In addition to the dopamine-producing and -mimicking drugs described above, doctors may prescribe other drugs to be used in conjunction or as alternatives in case they become less effective. Selegilineworks by inhibiting the breakdown of dopamine and is often used in conjunction with levodopa/carbidopa therapy. Amantadineis an antiviral that has been found to alleviate some of the symptoms of PD. Andanticholinergicsare an older class of drugs that are now less frequently prescribed because of potentially serious mental and cognitive problems they can cause.

Levodopa and the other medications described above have been very successful at controlling the symptoms of PD, but over time these drugs become less effective as the disease progresses in a patient. This can take many years, as patients experience more frequent periods where there is an increase in symptoms as the effects of the medications wear off. They may also increasingly experience dyskinesia (involuntary muscle movements) as a side effect. When medication adjustments can no longer control these symptoms or episodes, doctors may consider surgery as an option.

Several surgical techniques have been developed for PD, although it’s important to emphasize that none of them offers a true cure, and that there are risks:

Thalamotomyandpallidotomyare brain lesioning procedures that destroy different regions of brain tissue involved in PD. This permanent effect on the brain is not recommended for both sides of the brain, and the improvements don’t always last. Thalamotomy is only effective at reducing tremor, while pallidotomy may also help to reduce the dyskinesia side effects of drug therapy.

Deep brain stimulation(DBS) is considered an alternative treatment to lesioning surgery. A metal electrode is placed in the targeted area of the brain and a pulse is generated to alter the abnormal function of that region. No brain tissue is destroyed in this procedure. The patient’s general health often determines the success of surgical treatment. DBS may be conducted in both sides of the brain if symptoms warrant it and only if the patient is in good health.

“Parkinson’s disease will definitely impact every facet of a person’s life,” Hagestuen explains. “But a closely monitored treatment regimen including medication, exercise, and therapy proves tremendously beneficial in most cases.”

Hagestuen recommends water exercise, Pilates, tai chi, even dance therapy as ways to stay active and keep the muscles moving. Walking is also essential. “Many people become much more physically activeafterthey have received a Parkinson’s diagnosis,” she says. “And many people live healthier lives and function quite well.”

Hagestuen cites cooperative partners and family members as instrumental in the patient’s successful life with the disease. “Those with Parkinson’s disease must maintain good communication with family members, who might also consider working with a psychologist to cope with the day-to-day challenges of the disease.”

Patients with PD often feel a great deal of anxiety, knowing that the progression of the disease is irreversible. This fear often causes patients to turn inward and avoid others with the disease, shielding themselves from what they perceive to be their future state. This obstinacy can make it difficult for family and supporters to persuade the patient to join Parkinson’s support groups and other activities with peers.

Various support groups are available for patients and care partners alike. There are also several national organizations available to provide Parkinson’s disease information and suggest strategies for coping with the disease. Establishing an “advisory team” is essential as well, including a neurologist, family physician, and also advanced practice nurses.

PD is a twenty-four hour condition, though days can vary significantly. The same medicinal combination that worked fine yesterday can appear ineffective today. Anger and depression, the result of physical frustration, the loss of independence, and hypersensitivity, surfaces for everybody.

The NPF suggests that a favorite physical hobby such as playing a musical instrument be replaced with another, more cognitive activity, like attending concerts. In addition, many patients report that they have continued to work successfully in their jobs, pursue their careers, and maintain their social and cultural lives.

“It is easy to get discouraged,” observes Hagestuen. “Seeing oneself as a victim of a disease can be your own worst enemy. Attitude makes a huge difference.“

The first step a recently diagnosed patient should take, according to Hagestuen, is to talk with someone who really understands the disease. “Often people don’t hear what they want to hear and so continue onward in less than beneficial ways,” she explains. “Finding a care team that really listens and provides good feedback will really help the patient maintain a good quality of life.”

“Quality of life” is a recurring theme to Hagestuen, who originally joined the NPF because she was frustrated with the institutional response to the disease. “My mother and brother-in-law have advanced cases of the disease. As a nurse I was always very concerned about our healthcare system, which is designed for acute care and not chronic care.”

Hagestuen became part of an interdisciplinary team, an approach now strongly endorsed by the NPF. The team covers all facets of treatment, and should include a psychologist as well. “It’s not a one-size-fits-all but it is important to find out what you can really engage in,” she says. “The benefits are enormous when people who are diagnosed decide to maximize their health and lives.”