Tax Tips for Seniors and Caregivers

5 Tips for How to Talk About Senior Care 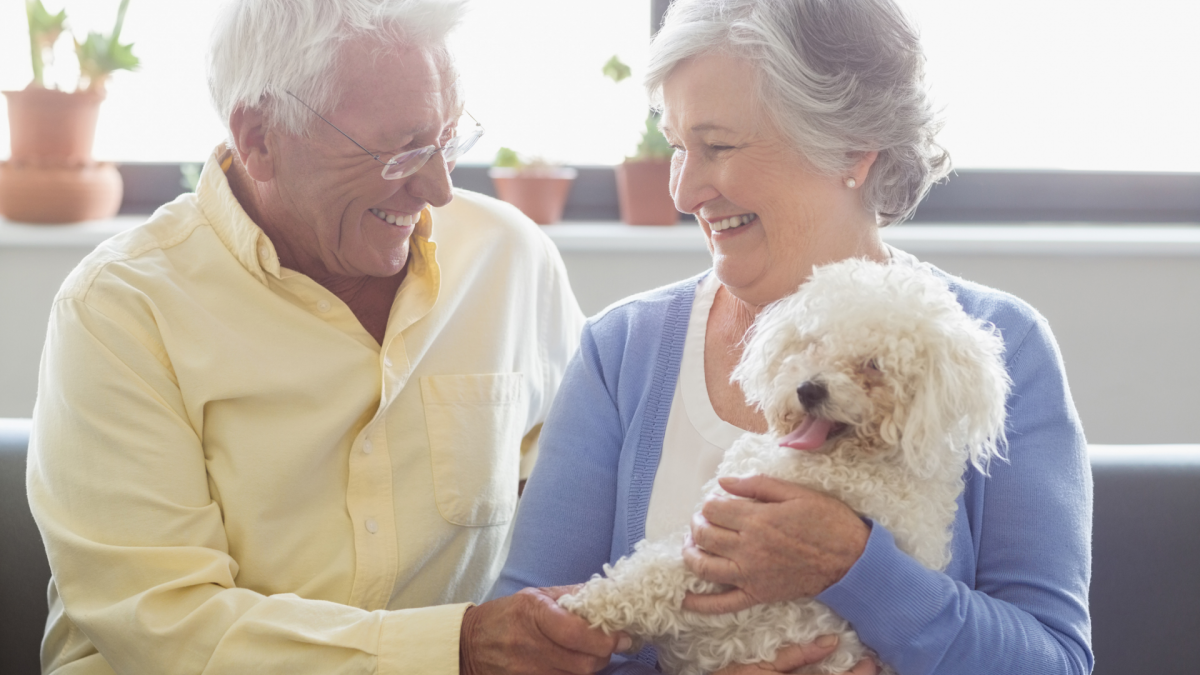 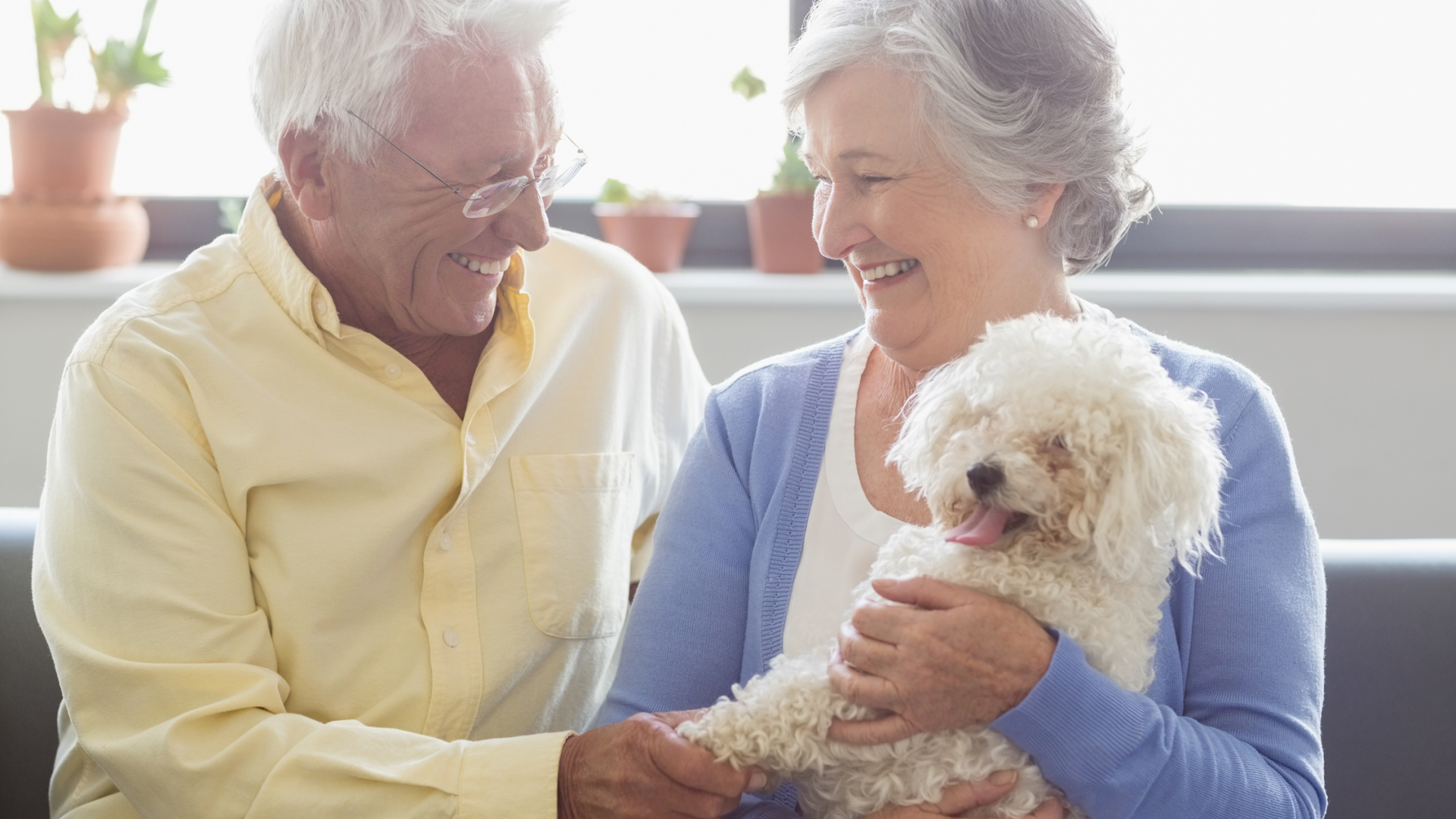 By Steve Duno – Veteran pet behaviorist and author Steve Duno lives in Seattle with his family and an ever-changing assortment of rescued pets, and has authored seventeen books and numerous articles for magazines and the Internet.

The wide-ranging tasks dogs perform for us never ceases to amaze me. From search-and-rescue, herding, and seeing-eye work, to cancer and epilepsy detection, they are truly one of nature’s most adaptable, willing creatures.

A role they have taken on with great success is that of therapy dog. Trained to visit hospitals, nursing homes, assisted living facilities, and other care-giving institutions, these friendly, gentle canines bring joy and good health to those no longer able to care for their own dogs.

Back in the 1990s, while working at a renowned canine training facility near Seattle, I had the opportunity to help train several companion dogs for the handicapped. These dogs turn on and off lights, open refrigerators, retrieve dropped items from the floor-anything the owner cannot easily do. It was challenging work that depended as much on my skills as a trainer as it did on the dog’s personality, intelligence, and desire to perform.

Motivated by the experience, I decided to explore what it would take to train dogs to work as therapy dogs at an assisted-living facility. At the time, a few persons with gentle dogs were making the rounds to nursing homes, hospitals, and assisted-living facilities, but national organizations dedicated to these elderly services were not yet in the forefront. All I knew was that, if I lived in a retirement facility, I’d yearn for the company of a dog.

I had already been entertaining pre-school children with my four year-old Shepherd mix Louie, a big, lovable soul who adored people of all ages; why not cover the other end of the age spectrum? Louie was perfect for the job-a kind, impeccably-trained dog with a genuine empathy for those in need. After speaking to the director of the training facility I worked for, we agreed to prepare Louie and two other affable dogs for therapy work.

We first had to acclimate the dogs to conditions that might occur at a home. Wheelchairs, walkers, motorized beds, crutches and canes, for instance, can be disconcerting, even to the most congenial dog. So over a period of several weeks, we desensitized the dogs to these items, and to unpredictable grabbing, petting, and even vocal outbursts. All the dogs were confident animals; by associating the items in question with treats and praise, they quickly accepted them as just part of their day.

In less than a month they were ready. Nearby was a private nursing home with a director who was open to our request; his patients, incapable of caring for a resident dog or cat, had repeatedly voiced regret at not having any contact with pets. So, after an initial visit to check out the logistics, we brought three therapy dogs in on a bright, sunny spring day.

A dozen eager residents were waiting for us in the recreation hall. Some sat in wheelchairs, while others stood with walkers or were seated. I was glad we’d done all that desensitization work beforehand! They had formed a semicircle, leaving the center of the room open; evidently we were expected to put on an impromptu demonstration instead of simply going from resident to resident and letting them spend a few minutes with each animal. Louie and the other two dogs we’d brought were all hams at heart; all knew many tricks, which they performed to the delight of all.

After Louie performed, I took the opportunity to watch the faces of the residents. They weren’t just happily watching, they were revisiting dogs from their pasts, pets they had owned, trained, loved. A burly, aged man pantomimed hand signals in chorus with one of the other trainers; a slight woman with vibrant blue eyes and delicate fingers mouthed the word “speak” as my friend’s terrier eagerly barked on command. They were all pet lovers, people who’d no doubt owned many dogs over the decades but could no longer, due to circumstance.

While the last dog performed, my dog sidled over to the burly man seated in a wheelchair beside me. Louie lay his head atop the man’s arm and looked up at him with his big, coffee-brown eyes, daring him to pet him. Grinning, the man rubbed Louie’s head with his beefy hand, and Louie lifted a paw and placed it atop the man’s leg. “You can bring this one around anytime,” the man said, rubbing Louie’s head over and over like a lucky charm.

On the way home I thought about why a short, simple visit from a dog could invoke such joy amongst a group of seniors. Dogs were a connection to the past, to family, to children and grandchildren, to summers off, to a less complicated time when just teaching your dog to fetch a ball was a major triumph. Dogs are about camaraderie, loyalty, and faith. They are dependable, upbeat, and forever young, despite being with us for only a flash of time. And they remind us of what it means to love unconditionally, despite the pressures of the day or the burdens of age.

Two years ago Louie passed on at the ripe old age of 16, ancient for such a big dog. A friend and kindred soul, he’d brought happiness to both young and old. Though in the end he’d have to endure his own discomfitures of age, he never lost his spirit, or failed to appreciate the kindnesses of those who cared for him during his own senior years. I like to think he knew how special he was and how much he is missed, not only by me, but by those he’d touched with his gentle paws.

Today, many elderly services organizations dedicate themselves to uniting gentle therapy dogs and other animals with pet-loving residents in assisted-living facilities across the nation. The Delta Society (www.deltasociety.org), Pets On Wheels, Therapy Dogs International (www.tdi-dog.org), and others train volunteers and their pets to provide seniors, hospital patients, children, and the cognitively or physically-challenged with the company of pets, be they dogs, cats, birds, or guinea pigs. In doing so, they improve the mental and physical health of all they visit, helping to extend lives and inspire hope.

I’m currently training a new puppy to be a therapy dog. Named Rico, he’s a Shepherd mix with a habit of plopping his head down into your lap and gently placing a meaty paw onto your thigh.